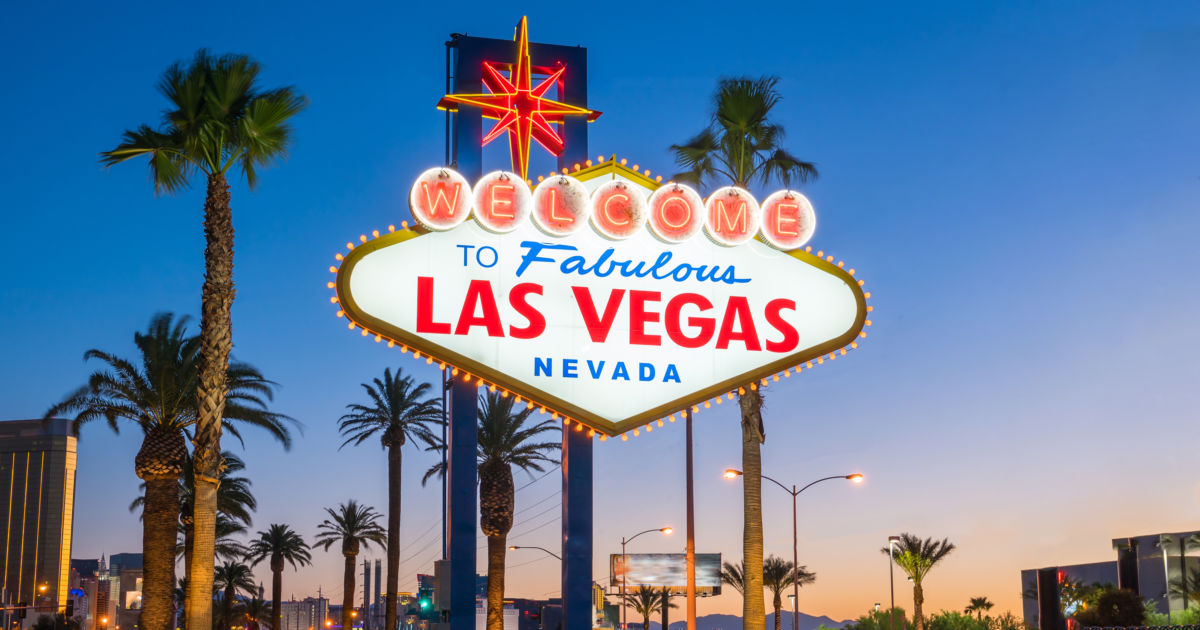 ​From the fun of Sin City to the jaw-dropping beauty of the national parks, this scenic route packs amazing sights and tastes into a manageable itinerary.

From the fun of Sin City to the jaw-dropping beauty of the national parks, this scenic route packs amazing sights and tastes into a manageable itinerary.

If you’re looking for a vacation that includes warm sun, gorgeous desert landscapes, snow-covered mountains, and big-city stye, the American Southwest is a go-to option. Here, you’ll discover the 24/7 excitement, of Vegas, the otherworldly landscapes of national and state parks (think humanoid-like cacti and red rocks), and the vibrant communities and culinary scenes of Phoenix and El Paso. Here, a step-by-step affordable itinerary that includes wallet-friendly lodging, plus the best places to grab a taste of Southwestern flavors.

Start your engine in Las Vegas, where the legendary Strip beckons with endless neon and who-has-time-to-sleep gaming, food, and drink. Even the grandest hotels here typically offer reasonable nightly rates – rooms at Circus Circus Hotel, Casino, and Theme Park, for instance, can start as low as $25/night, but keep in mind that taxes and standard charges can add at least another $40/night to your stay.

Before hitting the road, you may want to catch a concert, theater performance, or stand-up comedy, and remember that Vegas offers plenty of quirky off-the-beaten-path delights such as the Neon Museum with its incredible array of bright lights and kitschy designs, and the surprisingly riveting National Museum of Organized Crime and Law Enforcement, more commonly known as the Mob Museum. Food options, from shockingly affordable buffets to $700 burgers deliver something for every culinary preference. (Take a Taste Buzz Food Tour for a taste of a little bit of everything.)

Less than an hour’s drive from Las Vegas along Route I-15 North, Valley of Fire State Park, in the Mojave Desert, feels like a world away. As you enter the park, you’ll stay on Valley of Fire Scenic Byway, the only main road, which runs about 11 miles, connecting the east and west entrances. Pull over for one of the park’s exceptional hikes, where you can explore the iconic red Aztec sandstone formations that give the park its name – timing your visit to include at least one sunset is as must, as the combination of golden light and deep red of the rocks creates the namesake “fire” display.

In addition to its geological wonders, Valley of Fire is also home to remnants of prehistoric communities, such as roadside petroglyphs and ancient rock art. Keep your eyes peeled for wildlife like antelope, bobcat, coyote, and Nevada’s state animal, the desert bighorn sheep.

Arrive with picnic foods and snacks and plenty of water, and pack layers of clothing: winter temperatures can veer from the mid-70s to freezing; summer temps range from more than 100 degrees in the day to much cooler at night. You can treat Valley of Fire as a day trip from Vegas, or book one of the park’s 70+ campsites for the night.

From the Vegas/Valley of Fire area, you’ll want to set aside a day for the 300-mile drive along US 93 South to Phoenix, Arizona; if more than four hours in the car feels like a long trip (westerners reckon driving distances differently from those visiting from back east), plan a stop in Kingman, Arizona, where a stop at the Alpacas of the Southwest ranch will delight kids of all ages.

Once in Phoenix, you’ll want to spend at least a full day discovering America’s fifth-largest city (with a population of more than 1.6 million). Hike the trails on Camelback Mountain for the best vistas; visit Papago Park with its red rock buttes, botanical garden, and zoo just minutes from downtown; and drop by architect Frank Lloyd Wright’s former winter home, Taliesin West, a Unesco World Heritage site, for its beautiful synthesis of modern design and desert-inspired rooms and gardens. Don’t miss the Heard Museum, celebrating the history and culture of Native American people with an extensive collection of art and artifacts. Fuel up at the award-winning Pizzeria Bianco, in Heritage Square, and when it’s time to rest your head, Phoenix offers an array of affordable lodging such as the stylish Cambria Hotel Downtown Phoenix.

From Phoenix, you’ll hit I-10 East for the two-hour drive to Saguaro National Park. Get ready to meet the gigantic, humanoid forms of Saguaro cacti, some as high as 50ft and as old as 200 years. Some visitors swear the cacti take on a truly human appearance and personality, which only adds to the otherworldly quality of this Southwestern road trip. The park is also home to 8000ft mountains and unique desert wildlife such as javelinas, desert tortoises, and the Mexican spotted owl.

Start at one of the park’s visitor centers for maps and advice about hikes, museum exhibits, a cactus garden, and ranger-led programs. Lodging options for visiting Saguaro range from posh digs in nearby Tucson, such as the University Inn to camping in the backcountry of the Rincon Mountain District (check in with the park’s visitor center for up-to-date camping options).

From Tucson, you’ll get back on I-10 East for a four-hour drive across New Mexico before you dip into the western corner of Texas, where El Paso awaits. This vibrant city is ready for its closeup. A construction boom in recent years has led to exceptional hotel bargains, such as comfy and reliable stays at the Doubletree or Holiday Inn Express, and a renaissance of community spirit.

Catch a minor-league baseball game and cheer for the hometown Chihuahuas, sip an exceptional local craft beer, and hop a ride on the newly restored streetcar line. Set aside at least a day to get to know this important border city’s art museum and gorgeous Franklin Mountains State Park.

Hit US-62 East for the two-hour drive from El Paso to one of America’s most extraordinary national parks, Carlsbad Caverns. Aboveground, the park is home to beautiful grassland, the lovely Guadalupe Mountains, and canyons. Below, you’ll explore the unique cave system that rivals any on earth for its scale and visual impact – at 250ft high and 4000ft long, it’s truly like nothing you’ve ever seen before.

Ranger-led tours of the caverns, guided hikes among the mountains and canyons, and other hands-on programs keep every member of the family engaged. Reliable lodging is available about a half-hour’s drive from the park, in Carlsbad, NM, ranging from roadside chain motels to Quality Inn & Suites.

Presidential campaigns take flight in the age of the coronavirus
The Aussie bucket list: 20 amazing travel experiences you must have in your lifetime
Hundreds of spa hotels back scheme to make the wellness industry more inclusive for cancer patients
These are fall’s most popular US camping destinations, according to Campspot
Here Is Why Your Next Cup Of Tea Will Cost More Money