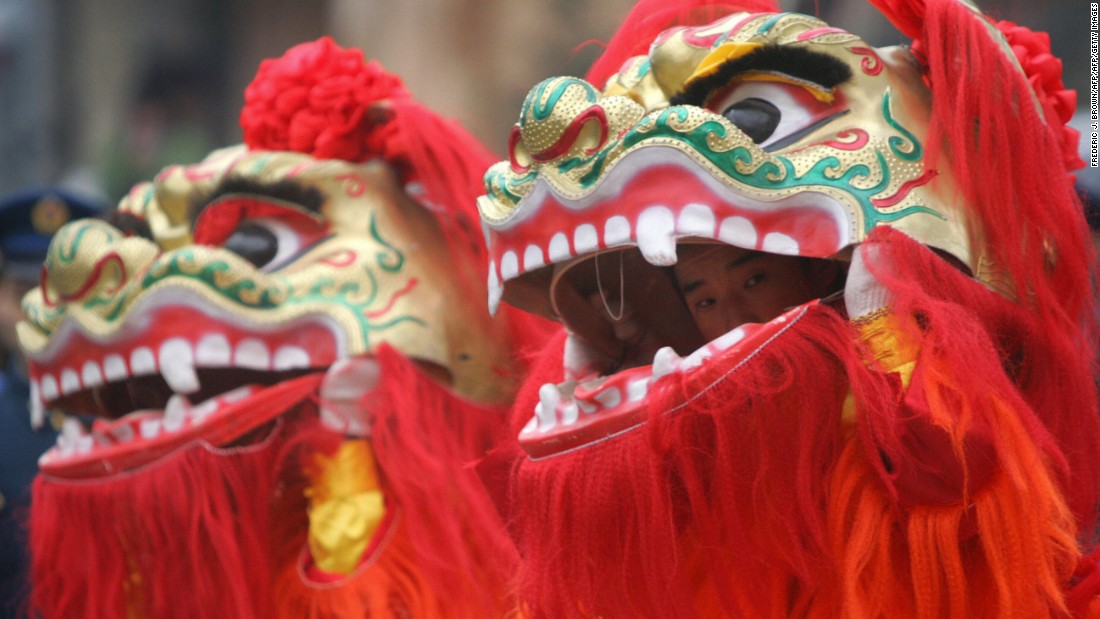 Red packets of money will change hands and dragon dances will roar through the streets as people around the world, predominately of Chinese descent, usher in the Year of the Rat.

Beyond the usual Lunar New Year traditions, however, is a holiday full of interesting quirks and customs in several destinations around the world. Here are 11 things to know:

In China, the festivities are known as Spring Festival or Lunar New Year — the new year is determined by the lunar calendar. And the Chinese aren’t the only ones who observe it.
From late January to mid-February, Vietnam and other countries celebrate Lunar New Year. This year’s Lunar New Year falls on January 25.

Chunyun is the world’s largest annual movement of humans. Here’s what happens when all of China goes on holiday at once.

Lunar New Year is basically like having an entire country throw a family reunion — all at once. Traffic Armageddon inevitably strikes.

In China, the Spring Festival travel rush period (chunyun) is the country’s, if not the world’s, biggest season of human migration.

With commuters and migrant workers returning home, the government expects about three billion journeys to take place this year.

It’s an action-packed holiday — you can bet on horse races, watch parades, bargain in bazaars and fight for prime worship spot at the temple.

4. It’s a season of superstitions

During LNY, you live like a college student on the first day — which means no showers, laundry or cleaning.

Above all, there’s no taking out the trash — doing so is said to wash away your luck and prosperity.

You hang out with family (especially in-laws) on the second day, which is considered the beginning of the year.

On the third day, visiting friends and family is frowned upon, because it’s a day prone to arguments. On the seventh day, it’s time to party in celebration of everyone’s birthday.

5. You can rent a boyfriend

Lunar New Year can be rough for singles, especially females. Many family reunions are highlighted by dreaded interrogations of singles who haven’t settled down. Now there’s a solution — boyfriend/girlfriend rentals.

Some packages come with “a free embrace, hand holding and a goodbye kiss on the cheek,” as well as a list of additional specific service charges.

In parts of China, there are a few things you can and can’t do over the Lunar New Year holiday — simply because of how they sound.

Footwear purchases are off limits for the entire lunar month, as the term for shoes (haai) sounds like losing and sighing in Cantonese.

You can however, turn the Chinese character for luck (fu) upside down to make “dao” (which sounds like arrival) and put it on your door to bring in good fortune for the new year.

7. Firecrackers are for scaring away monsters

Inside one of China’s largest fireworks factories, where the process of crafting a firework is an art in its own right.

In the old days, people would light bamboo stalks on fire to frighten the monster.

Nowadays, you can watch spectacular fireworks display along the Hong Kong waterfront or play with firecrackers in a Beijing hutong.

Red is associated with luck and prosperity, but it’s used mainly for protective purposes.

In addition to being spooked by loud noises, “Nian” is frightened by the color red, which explains all the red you see on Lunar New Year decorations.

Interestingly, the Cantonese term for pants (fu) sounds exactly like the word for wealth. Meaning you can’t go wrong with red underpants.

Food is an important part of the celebrations. Here, dumplings are prepared Lunar New Year.

Food is central to all Chinese festivals, but sugary snacks are especially important for LNY, since they sweeten up prospects for the coming year.

10. It has its own movie genre

The films are usually illogical, uplifting comedies, with a focus on families and happy endings to make viewers feel warm and fuzzy. Similar to Christmas movies, really.

CNN’s Patricia Wu & Andrew Stevens take a look at some of the most popular and beloved traditions of the Lunar New Year.

Customs and superstitions aren’t set in stone. There’s room for flexibility in interpretation and application.

Not showering for the sake of Lunar New Year? Many pass on that for obvious hygienic reasons.

In the end, Lunar New Year is really about having a great time with family and friends, so many opt not to sweat the details.

These are the best craft spirits, mixers and canned cocktails
These are fall’s most popular US camping destinations, according to Campspot
Inside India’s ground-breaking animal sanctuary where humans and animals find a new lease of life
Singapore hopes artificial intelligence will help boost its tourism industry
Luxury autumn getaway at Balboa Bay Resort