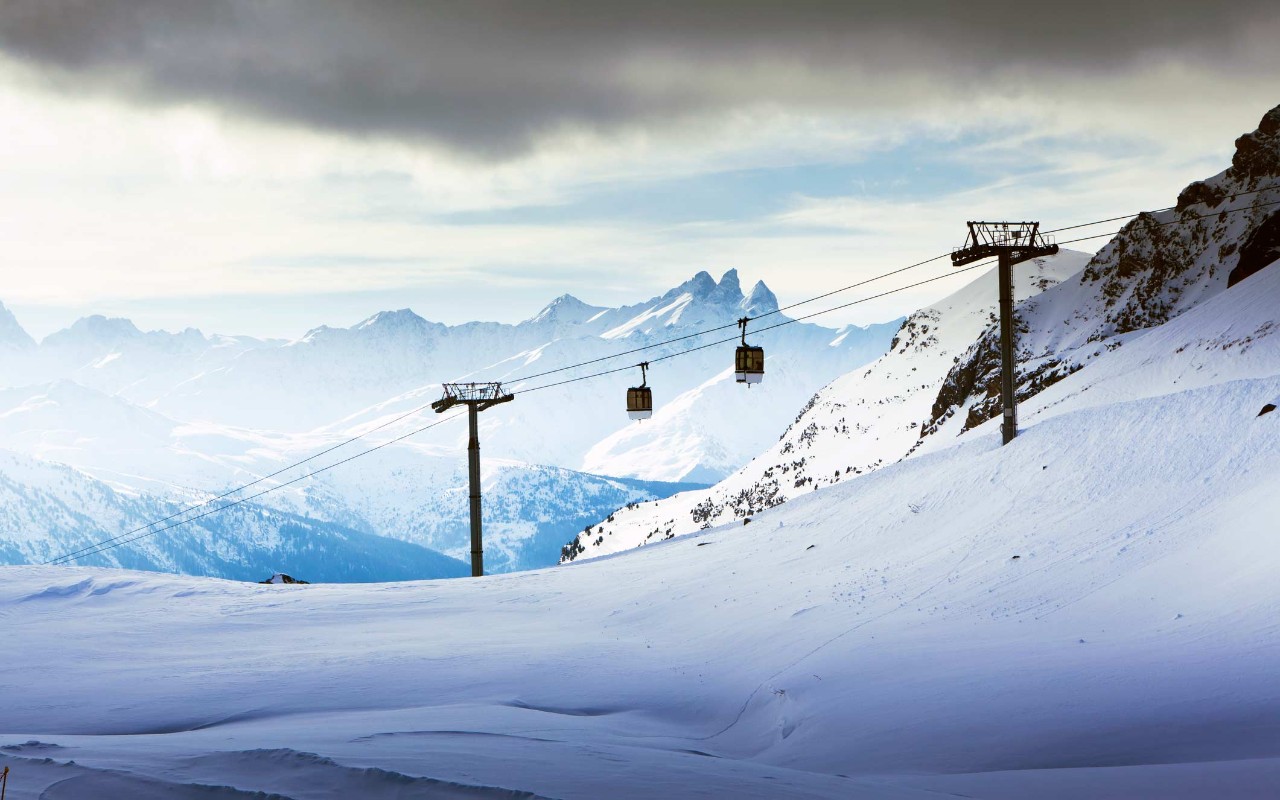 What does the Trois Vallées ski area in France have in common with cinemas around the world? It is currently showing Frozen II – but not in the way you might expect.

Skiers and snowboarders don’t have to take time out from the slopes to follow in the tracks of Elsa, Anna, Olaf et al. Instead Frozen fans can see their heroes around the ski area.

As the name implies, the Trois Vallées spans three valleys and its 600km of pistes are home to several big name ski resorts. At one end, the St Bon valley has Courchevel and its six base villages, in the centre is the Allues valley, with Méribel, and at the other end is the immense Belleville valley, with Les Menuires, St Martin de Belleville and Val Thorens.

And as if that isn’t enough to try and get around in a typical one-week ski holiday, there’s also a connection beyond Val Thorens to the so called fourth valley, the Maurienne, and lesser-known Orelle.

This winter, families heading to the Trois Vallées, perhaps in February half-term, have good reason to cover it all though, because each sector is scattered with Frozen II-themed attractions. Photo points, sculptures and dedicated pistes are linked by a fun, free treasure hunt, with the chance to win prizes. It’s a brilliant idea – and not just for children, since it makes it easy to discover the ski area’s lesser-known quiet pistes.

Trois Vallées general manager Olivier Desaulty is the man behind it. We met at Col de la Loze, a 2,305m crest above Courchevel La Tania, where there’s a frame enclosing a view across the Allues valley, decorated with images of Queen Elsa and Princess Anna.

The legend reads ‘La Reine des Neiges II’, the film’s name in French. Desaulty gave me an Olaf Adventures Card, available at lift pass offices along with a dedicated piste map showing where to stamp the card’s 14 blank squares. My mission, during my stay over a beautifully sunny new year week, was to fill them all.

Just behind the frame at Col de la Loze I found a poinçon, a pincer to pierce square number 10 with a distinctive hole pattern. “We thought about doing it digitally,” said Desaulty, “But this is more reliable.”

With 10 duly clicked off, our next stop was a small themed hut above Méribel Village. At the push of a button the Frozen II theme-tune started, and Elsa, Anna, along with Olaf the snowman, Anna’s love interest Kristoff and his reindeer Sven, marched across the walls. Children were sitting on benches mesmerised by the show, and it was at this point, despite having barely seen the 2013 original let alone the latest film, I knew I was in.

3 vallees: Inside the forgotten resorts of the world’s biggest ski area

After clicking no.6 in the hut, we were off down the tree-lined Frozen piste next door. I kept an eagle eye out for the pink sign marking the poinçon site, and made a beeline for a giant-sized cutout of Kristoff to claim my no.1.

On the same run, Desaulty let slip the location of the 14th stamp marked ‘secret’ on the Olaf card (spoiler alert, it’s in box within a clump of trees) so I grabbed that as well.

No money changed hands to make the Frozen partnership happen, but it took the Trois Vallées months of negotiation with Disney, the makers of the films. So why was Desaulty so keen?

“Our size is both our advantage and our disadvantage,” he said. “Visitors want to see the whole ski area, from one end to the other, and usually take the same routes. With a treasure hunt, we can encourage them to discover new things.”

The Trois Vallées only has the rights to use Frozen for this season, but Desaulty sees it as the first of many themed trails – and I immediately see how it would work.

I, for example, often stay at the Courchevel end of the ski area, making the pilgrimage over to Mont Vallon in Méribel or Cime de Caron high in Val Thorens maybe once or twice in a stay. And usually go more or less the same route, keeping an eye on the clock so we don’t miss the lifts back, rather than discovering new pistes.

In future the Trois Vallées might introduce scenic or tranquil itineraries for example, or for people looking for easy or harder runs. But in the meantime, certainly for anyone wanting to get away from it all, the Frozen trail does the job well. During my scoot around the area with Desaulty, we went on runs and lifts I’d never used before, despite coming to the area since I worked seasons here in the Nineties.

The joy of carving big turns down secret empty runs, was especially sweet since it was during such a busy week – locals were saying it was the busiest New Year in hotels for 30 years.

Highlights included the Mont Blanc view point at the top of the 3 Vallées Funitel (poinçon 13), and going up to Roc de Fer at 2,294m (11) on the empty Olympic chairlift – with Desaulty pointing out the reformatted World Cup run where Méribel will hold the 2023 ski World Championships. We then skied on towards Val Thorens on an empty run with an incredible view.

Just above Val Thorens, poinçon 8 is in the Frozen-themed igloo village under colourful changing lights, and we peeked into bedrooms where intrepid guests can stay the night. Other highlights around the area include Frozen snow sculptures in Orelle, and a maze in Les Menuires.

During the rest of my stay I was constantly asking, “Can we go to…?”, which led my friends and I on quiet pistes to the base of St Martin de Belleville, for example, so I could pick up no. 3.

St Martin also has one of three themed gondola cabins in the ski area; the one on St Martin 1 and another on the Roc 1 in Les Menuires are decorated inside and out. The poinçon inside a Peclet gondola cabin in Val Thorens eluded me – apparently anyone who gets the right cabin, which is only decorated on the inside, is due a fun surprise on the way out.

I collected eight out of 14 stamps in a couple of days, which Frozen fans will be glad to hear still entitles treasure hunters to a medal, diploma and prize. And I have to say the sky-blue neck gaiter is pretty swish.

Find out more about how to do the Frozen treasure hunt at les3vallees.com. There’s also information on Frozen-themed family holiday packages in each resort in the ski area, including cinema tickets for the film and a surprise gift for children as well as seven-nights’ accommodation and Trois Vallées lift pass.

For the chance to win a week’s holiday for two, including accommodation and lift passes, by sharing Frozen adventures on Instagram using #LaReineDesNeiges2XLes3Vallees and tagging @les3vallees_officiel.

Restaurant Chains Big And Small Are Encouraging Employees To Get Out The Vote
‘I Can’t Save Every Job’ Warns British Chancellor With Plan To Help Millions Of Furloughed Workers
The Aussie bucket list: 20 amazing travel experiences you must have in your lifetime
The best ski hotels and apartments in Passo Tonale for a snow-sure Italian escape
15 magical UK cabins to retreat to this winter