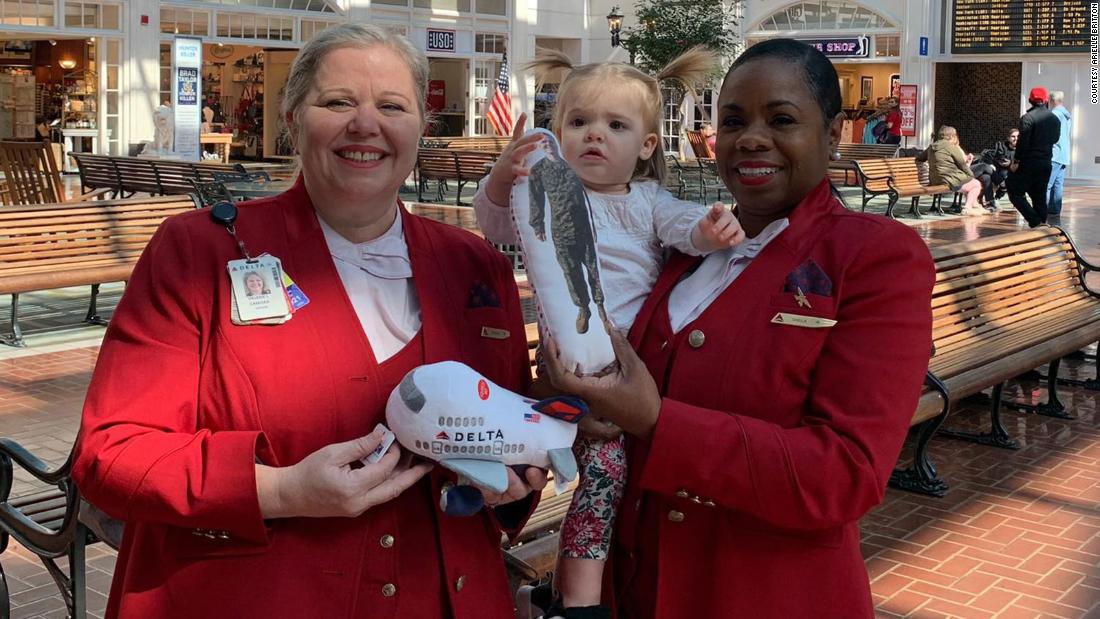 The doll has a picture of her father and plays a recording of his voice when the 18-month-old pushes a button. Kenley’s father is deployed in the military and Kenley pushes the button a lot, especially when she is trying to sleep.

When Britton realized the doll was missing, she posted a plea for help on social media. Thousands of people shared it and Delta employees set out to find the doll.

One day later, the airline announced the search and rescue mission was a success.

“Last night was the first night since we’ve been home that I didn’t have to go in and put her back to sleep in the middle of the night,” Britton told CNN on Sunday, adding that “Delta went above and beyond what was necessary.”

Kenley’s Daddy Doll returned with some Delta swag and a handwritten note about his adventures.

Britton told CNN that Delta even had a plan in place to ship a recorder to her husband overseas and remake the doll if it could not be found.

One woman actually did replace the doll. Holly Wheelden, who does not know the family, messaged Britton on Facebook asking whether she could mail the family a replacement. It’s expected to arrive at their house in a few days.

“This woman didn’t just share, she took action to make sure my daughter was being taken care of,” Britton said.

Best Hikes in Yosemite National Park, California
Most Americans will need a new ID to fly, starting in October
American Airlines and Qatar Airways heal rift, renew code-share plans
A YouTuber’s fancy Bali vacation sure looked nice. Nope, the photos were taken in an Ikea
Five hikers rescued on their way back from ‘Into the Wild’ bus in Alaska