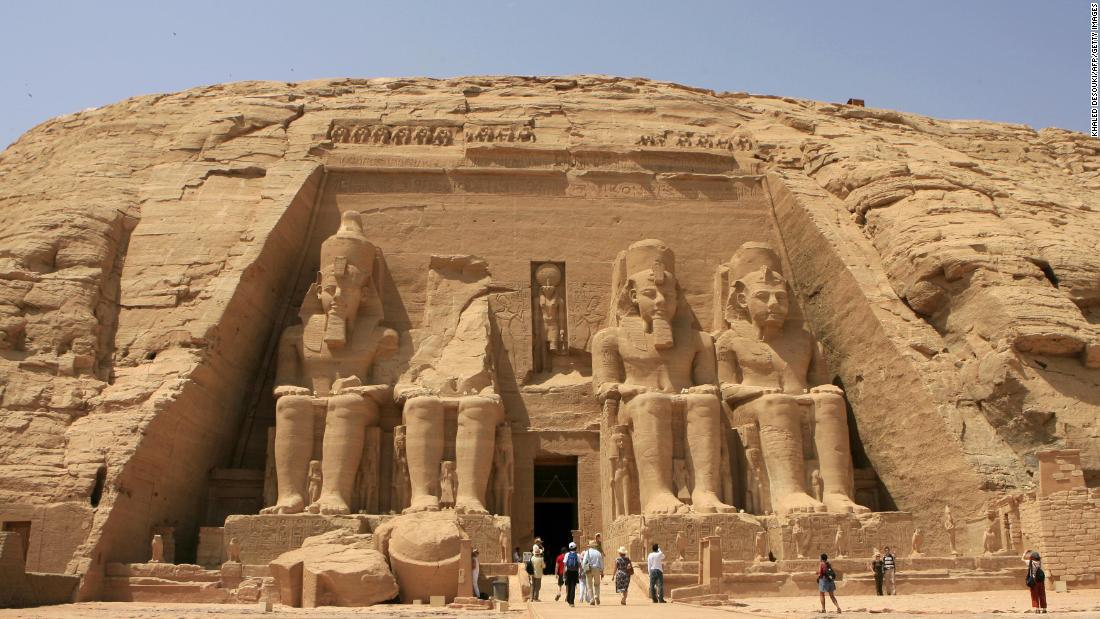 (CNN) — The River Nile stretches more than 4,000 miles (6,650 km) between Lake Victoria and the Mediterranean Sea. Out of all that length, is the relatively short section between Aswan and Luxor in southern Egypt is the most intriguing.

What makes this part of the river so special?

First and foremost, the ancient treasures scattered along its banks. Some of largest, most elaborate and intriguing structures built in ancient times: The Temple of Karnak, the Valley of the Kings, the crocodile temple at Kom Ombo and water-bound Philae Island.

The scenery is also incredible, the most stunning along the entire Nile. A mosaic of sapphire-colored river, emerald-green farms and palm groves, and amber desert with a sky that turns ruby red at dusk as the sun sinks over the seemingly endless Sahara.

A fraction of Cairo’s size and population, Aswan and Luxor are both easy to navigate, compact tourist-friendly cities with a wide choice of hotels, restaurants, and activities. Daytime temperatures run triple-digits throughout the sweltering summer months, but the other three seasons bring on weather that’s often ideal for river trips and ruin trekking.

Most visitors make the 130-mile (214-kilometer) journey between the two cities on modern floating hotels operated by upscale hospitality companies like Oberoi. Cruises normally span three days and two nights, and some of them are quite posh, featuring gourmet cuisine, onboard spas and top-deck swimming pools.

Or step back in time by cruising the river aboard a luxury dahabiya, an updated version of the large sail-powered craft popular with foreign travelers and the Egyptian aristocracy during the late 19th and early 20th centuries.

Normally outfitted with six to 10 cabins, dahabiyas come with all the mod-cons including private en-suite bathrooms with showers, outdoor dining and lounge areas, and a full kitchen staff. The boats can be booked through local tour companies like Cairo-based Emeco Travel.

The Ramesseum temple is a stunning sight in the southern Egyptian town of Luxor.

Both the floating hotels and dahabiyas offer shore excursions along the river between Aswan and Luxor to the ancient Egyptian temples in Kom Ombo, Esna and Edfu.

It’s also possible to drive this stretch of the Nile. There are three road routes: Egypt Highway 75 along the east (right) bank of the Nile; the Aswan Western Agricultural Highway along the west (left) bank; and the new Luxor-Aswan Expressway via the Sahara Desert.

While travelers can certainly self-drive these routes, it’s highly advised they hire an experienced chauffeur to undertake the driving and often-mysterious parking situation near the main sights.

Last but not least, the more intrepid travelers — especially those who want a very authentic local experience — can hire a felucca sailboat to cruise down the Nile.

It’s anything but luxurious: passengers sleep on the deck, in the open air, in sleeping bags they need to supply themselves. You need to bring your own food or arrange with the felucca crew to cook for you. And toilets are wherever you can find them along the banks.

But you’re traveling the Nile in the manner that Egyptians have for thousands of years, stretching all the way back to pharaonic times.

Read on for the lowdown on the main sights to visit on the journey down the Nile between Aswan and Luxor.

This pleasant riverside city has functioned as Egypt’s southern gateway since it was founded around 2000 BCE. Islands in the Nile offer waterfront restaurants, ancient temples, and a botanic garden founded in British colonial times.

The construction of the Aswan High Dam, completed in 1970, has generated hydro-electricity for Egypt and increased arable land in Egypt.

Completed in 1970, this marvel of modern engineering created massive Lake Nasser and allowed Egyptian farmers to water their fields throughout the year and provided the entire nation with reliable electric power.

This gorgeous Greco-Egyptian shrine to the goddess Isis is easily reached by boat from Aswan. It was dismantled and moved to its current island location as part of the massive UNESCO project to save Nubia’s ancient monuments from the rising waters of Lake Nasser.

The Ramses II complex at the ancient Egyptian temple of Abu Simbel was rescued by UNESCO from the rising waters of Lake Nasser.

Although it’s not along the Nile between Aswan and Luxor, this stunning temple is often visited as a long day trip from Aswan by airplane or road. Constructed around 1260 BC, the shrine is fronted by four massive statues of Ramses the Great and was also rescued from Lake Nasser by the UNESCO project.

Opened in 1899, this legendary hotel on the Aswan waterfront has hosted kings and queens, presidents and prime ministers, and author Agatha Christie while she was writing “Death on the Nile.” Even if you don’t stay overnight, indulge in afternoon tea on the outdoor terrace, grab a cocktail in the bar where Winston Churchill once quaffed, or dine on tasty Egyptian cuisine at Saraya restaurant.

Rising dramatically beside the Nile around 30 miles (50 kilometers) downstream from Aswan, the Temple of Kom Ombo honors Sobek, the crocodile-headed god of ancient Egyptian mythology. The site museum features hundreds of mummified crocodiles discovered in the temple precinct.

One of best-preserved temples from pharaonic times, the Temple of Horus in the middle of Edfu town is where the ancients worshiped the falcon-headed god of the sky. Over the centuries, the temple and its giant pylons were nearly covered by sand from the nearby desert and silt from the annual flooding of the Nile, enabling it to be preserved in such a pristine state.

The ram-headed god Khnum — known as the “Divine Potter” because he created other Egyptian deities from clay — is the focus of this small but fascinating shrine in Esna town. Most of the temple was constructed during Greek and Roman times, when those who occupied the Nile Valley continued to worship its ancient gods.

The laidback riverside city Luxor is a popular jumping off point for nearby landmarks.

Around 40 miles (70 km) downstream from Esna, Luxor served as the capital of ancient Egypt at the height of its military, political and artistic prowess between 3,000 and 3,500 years ago. Although the laidback riverside city has its own attractions — like the evening illumination of the waterfront Temple of Luxor, the modern (and excellent) Luxor Museum, and the small but fascinating Museum of Mummification — the city is primarily known as a jumping off point for nearby landmarks.

Perched on the north side of town, the massive Temple of Karnak is both a masterpiece of ancient Egyptian architecture and one of the largest temples ever constructed anywhere on the planet. It begs two visits: once by daylight to appreciate the engineering and artistry of the Great Hypostyle Hall and again after dark when the ruins come alive during a sound and light show.

The Temple of Hatshepsut, also known as the Djeser-Djeseru (“Holy of Holies”) is located on the West Bank of Luxor.

Ferries connect modern Luxor with the West Bank, a mosaic of farm fields, fellaheen villages, and the flamboyant funeral shrines of famous pharaohs including queen Hatshepsut, Ramses the Great, and Ramses III. The riverside floodplain is also spangled with giant statues like the Colossi of Memnon and a toppled statue of Ramses the Great that inspired the Percy Bysshe Shelley’s epic Ozymandias.

Valley of the Kings

The tomb of more than 60 pharaohs have been uncovered in this desert wadi beyond the West Bank. Among the more elaborate last resting places are those of Tutankhamun, Tuthmosis III and Ramses VI. Less than 20 of the tombs are open to the public but not all at the same time to minimize the long-term impact of tourism.