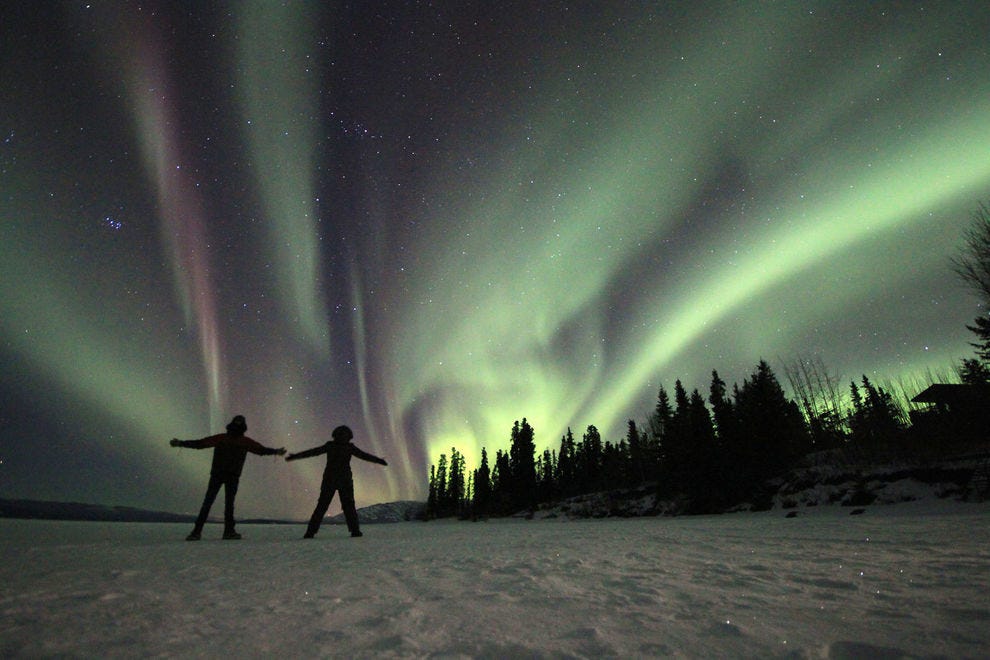 In the Yukon, many residents joke that few people come here intending to stay. Yet there seems to be a powerful pull – a magnetic force – in this northwestern Canadian territory, where something special swirls in the air. In this wide-open, unpopulated land, visitors find endless space to move, to adventure, to dream.

And while many U.S. travelers venture to farther-flung destinations to see natural phenomena like the northern lights, Canada proves a convenient and affordable place to soak in the beauty even closer to home.

Roughly the same size as Spain, the Yukon is located east of Alaska and in between British Columbia and the Arctic Ocean. There are alluring reasons to visit in any season. (Take notes from Germany, who has become one of the Yukon’s biggest markets, with flights from Frankfurt arriving every Sunday, from May though September.)

The name “Yukon” originated from the Gwich’in native word “Yuk-un-ah,” which means “Great River,” referring to the Yukon River which flows across the territory, through Alaska and into the Bering Sea. While 40,000 people live in the Yukon these days, around 30,000 of them call Whitehorse home. 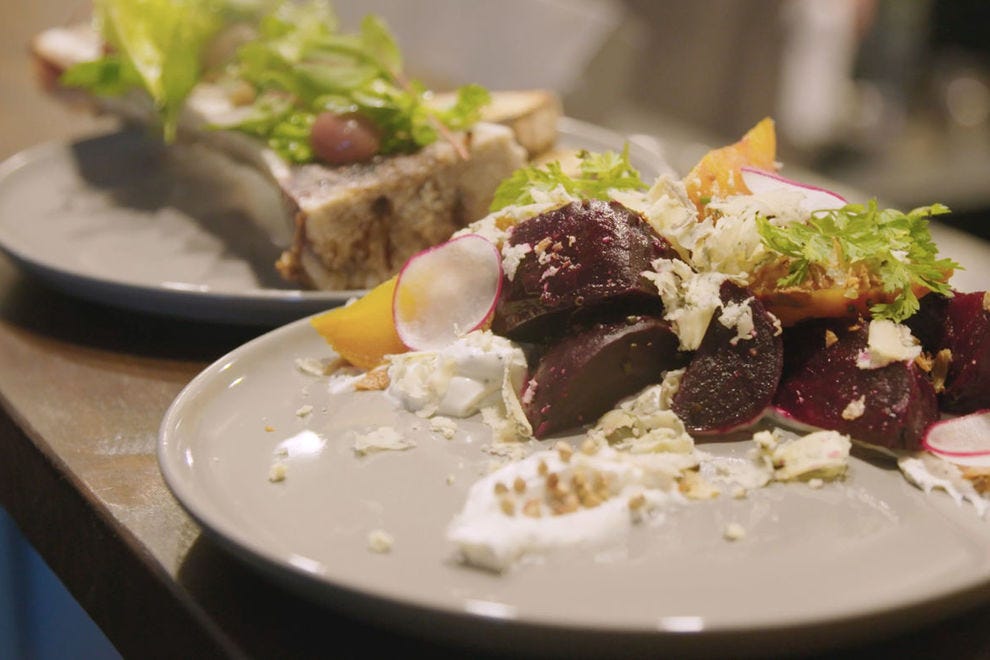 Whitehorse proves an ideal jumping-off point for other adventures throughout the territory, and flights arrive here regularly via Vancouver or Calgary connections. Visitors find this welcoming Yukon capital very walkable and easy to navigate.

To stay in the heart of Whitehorse’s compact downtown, book a room at Main Street’s recently refreshed Edgewater Hotel, a venue that has welcomed “the territory’s most distinguished founders and notorious bounders” for more than 100 years.

Beginning in spring 2020, guests can also experience the much-anticipated Raven Inn and The Railwork Lounge. 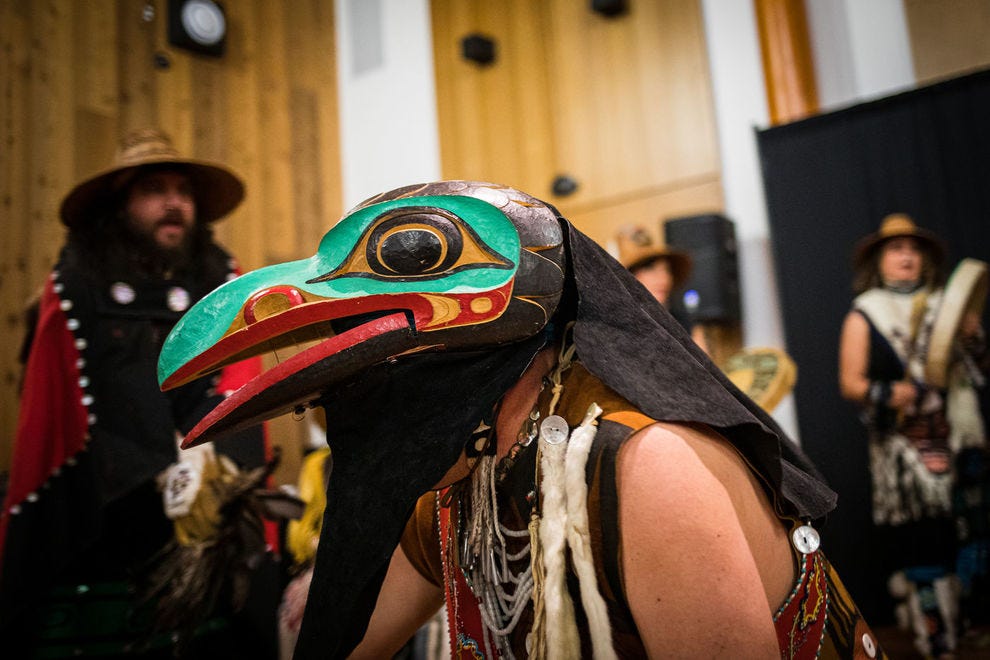 While in Whitehorse, guests get a chance to acclimate to local culture, as well to honor and connect with some of the the original stewards of the land. The Yukon is home to 14 First Nations representing 8 different language groups.

During the week, visit the Kwanlin Dün Cultural Centre, located on the sacred banks of the Chu Nínkwän (Yukon River). And stop by Horwood’s Mall where Vanessa Ægirsdóttir, maker of finished fur goods, owns a teeny shop with her partner George Bahm. Together, the couple traps on George’s family trapline, as well as purchases furs from other local First Nations. Conversation with them may prove one of the most educational and heartwarming connections of your entire stay. 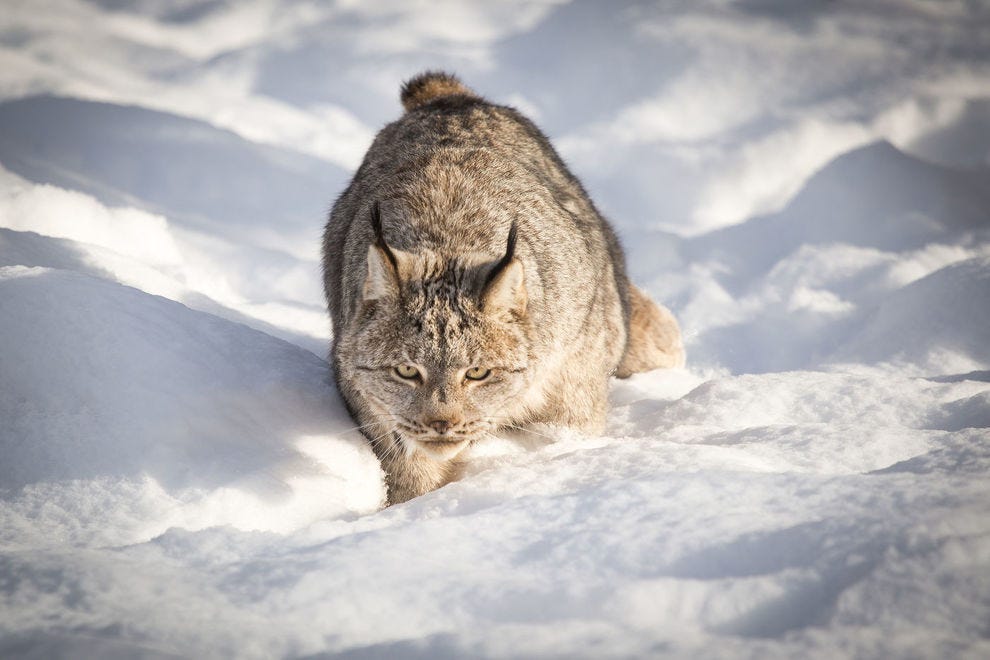 A great way to experience Carcross, a scenic hub of First Nation culture and gold rush history, is to let companies like Whitehorse-based Who What Where Tours do the driving and guiding. Started by true Yukon ambassador Teena Dickson, this eco-friendly operation hires only real-deal locals who are passionate and highly knowledgeable about this part of the world. 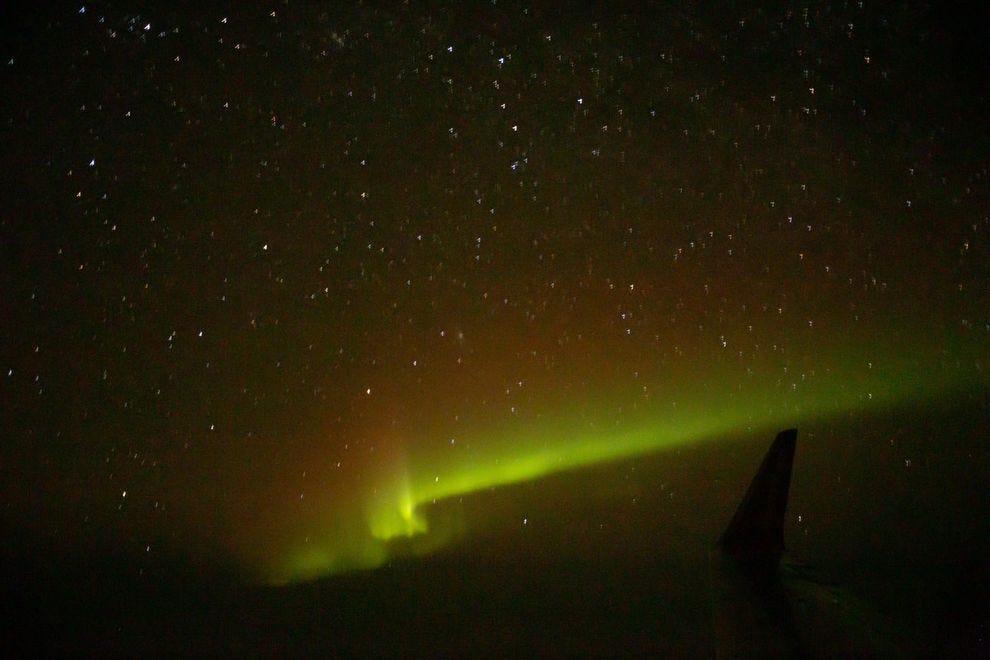 So how to see these elusive and exquisite northern lights? Although chances of viewing success are clearly contingent upon Mother Nature’s grand plans, companies like Who What Where Tours and Arctic Range Adventure take optimistic seekers out on nighttime aurora tours, away from city light pollution.

Guests are encouraged to show up flexible and ready to go with the flow; typically there will be a chance to see the lights through mid-April. Dickson explains that while April has some amazing aurora potential, that month is also known as “break-up” or “mud puddle season,” as things begin to thaw. 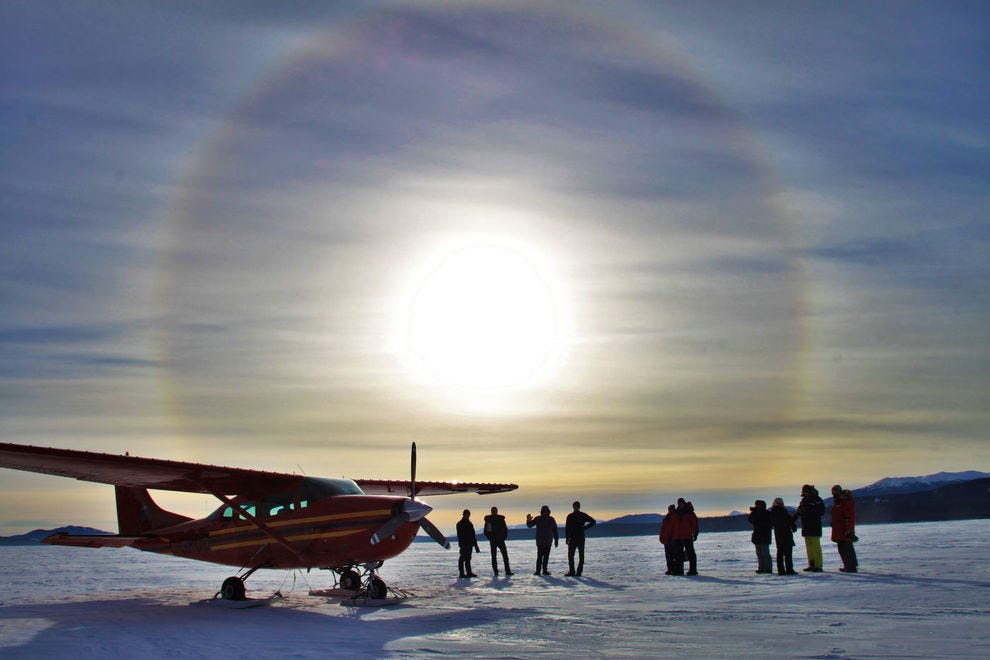 While some visitors treat themselves to unforgettable stays in the glass chalets of Northern Lights Resort & Spa, others book a unique bucket-list-worthy charter flight that’s part of the Aurora | 360 Experience. Be sure to book this well in advance as it’s an annual event, taking place just once during winter.

The fully-immersive, five-day package (inclusive of science, culture, nature and history elements) revolves around a grand main event: viewing the aurora borealis while aboard a private charter flight – on a 737 Air North jet. The itinerary keeps two nights open for the flight, so that the schedule can be tweaked in real-time according to the 3-day NOAA aurora forecast.

During the 3-hour flight, passengers are encouraged to take advantage of chatting with three onboard astronomers, a space weather scientist and professional photographer, who help guests capture the mesmerizing, surreal scene with their own cameras.

On this year’s flight, which took place between January 23rd and 27th, the green-hued, swirling ribbon was spotted 18 minutes after take-off, as the plane veered north toward the Arctic Circle. 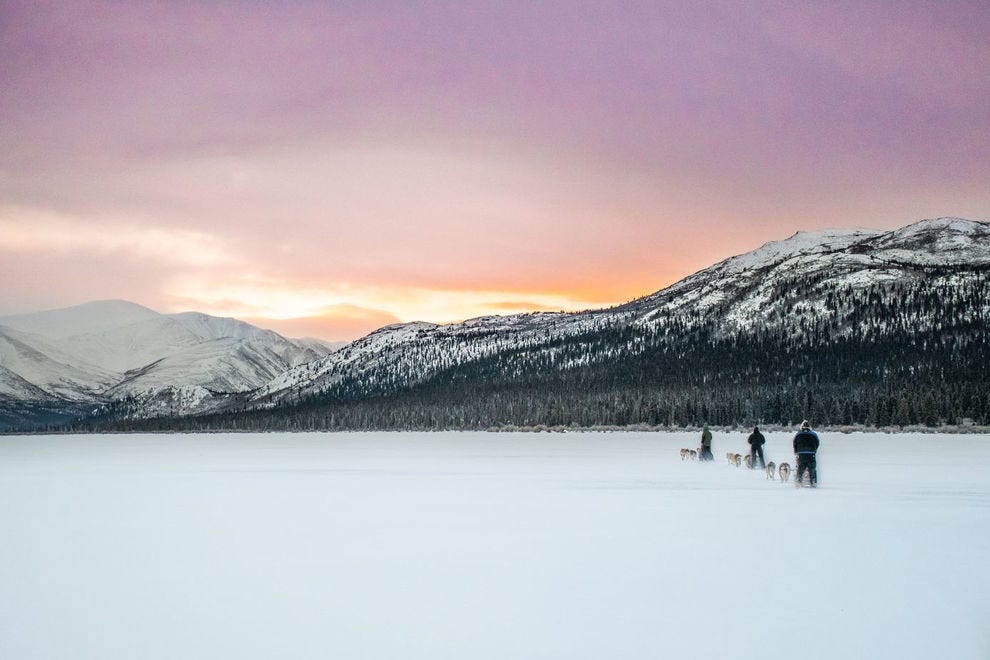 Other visitors hope to see the mysterious lights while staying at secluded hideaways such as Mount Logan Lodge, a dreamy destination located less than two hours from Whitehorse in Haines Junction. This cozy and comfortable retreat, which also has a yurt, tepee and old log cabin guests can rent, is situated on the edge of Kluane National Park, an UNESCO World Heritage site and part of the largest internationally protected area on the planet.

Against the backdrop of snowy peaks, guests soak in the surrounding stillness from the lodge dining room (marked by a roaring wood-burning stove, sensational home-cooked meals and two lovely resident dogs) or while enjoying the hot tub and sauna out back.

During the day, the lovely and gracious owners (or other expert guides) take visitors out on seasonal adventures that, in colder months, range from snowmobiling and dogsledding to snowshoeing and ice fishing. 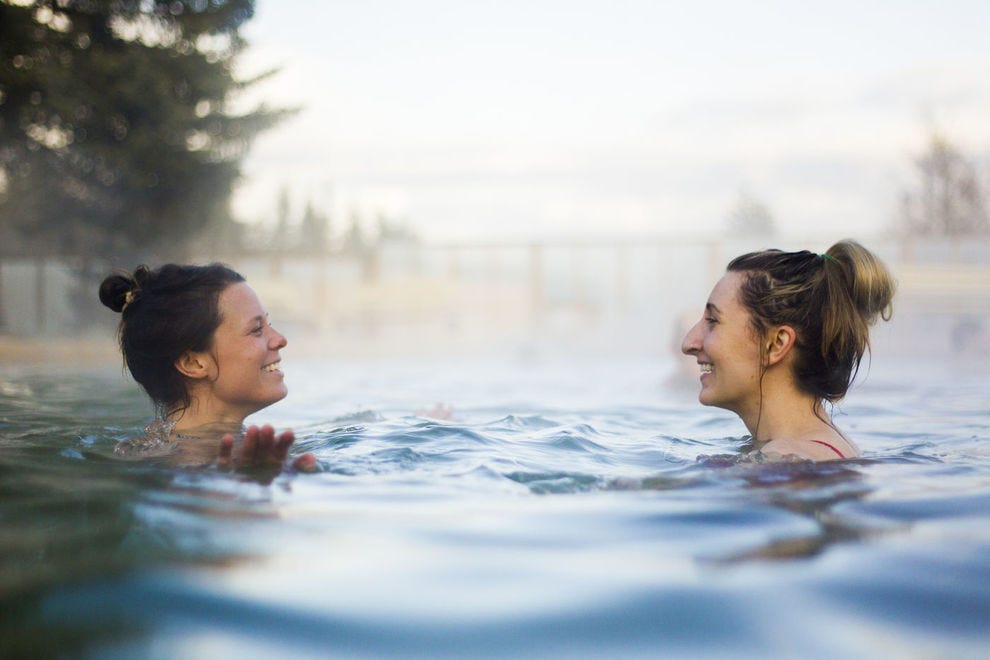 A summertime trip no doubt calls for further explorations north on the Klondike Highway into throwback gold rush town Dawson City, or along the 458-mile-long Dempster Highway toward Tombstone Territorial Park. It protects a unique swath of rugged peaks, permafrost landforms and abundant wildlife. Often referred to as the “Patagonia of the North,” the park is a legacy of the Tr’ondëk Hwëch’in land claim agreement and lies entirely within the First Nations’ traditional territory, too.

Whether or not those dancing lights reveal themselves to put on a sensational show, there’s no doubt something special emanating from this mystical destination – and, before you catch on, the Yukon will keep you coming back for more.