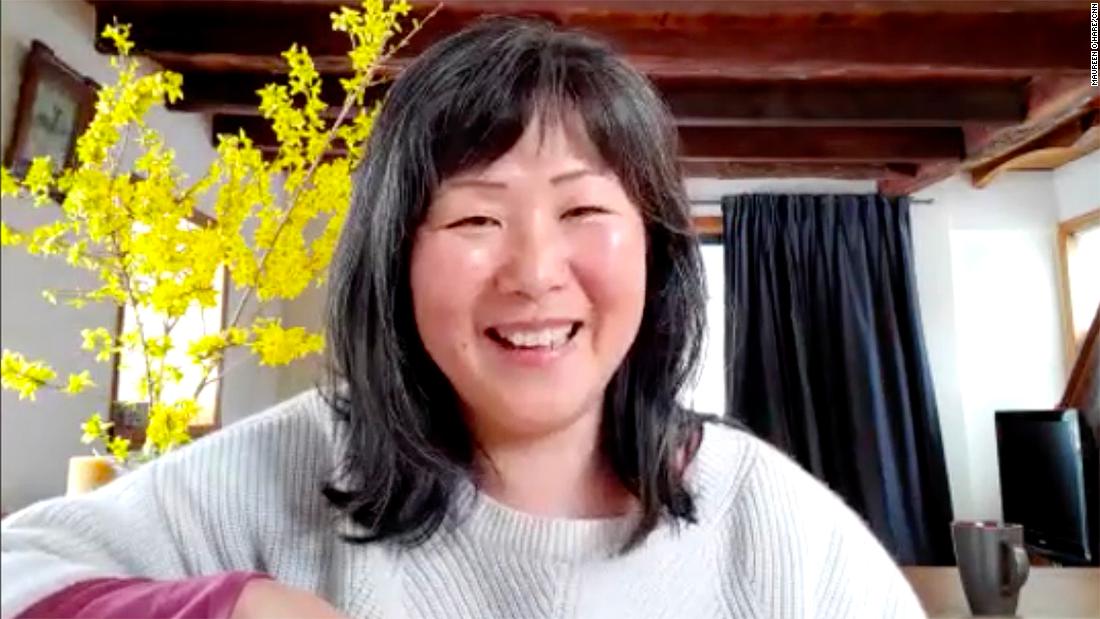 (CNN) — Somewhere on that 7 a.m. Greyhound bus journey between Port Authority and Albany, I started crying.

Being stranded by a blizzard in New York had been fun at first: crunching through piled-high sidewalks was a Christmas movie come true.

But the record-breaking snowfall in the Eastern United States from December 16 to 20, 2009, caused 1,200 flights to be canceled out of New York’s three major airports.

I got less of a kick spending hours on hold in my shoebox hotel room, scrambling to get travel rescheduled at one of the busiest times of the year.

I was on my own, having extended a work trip, and I had a partner in London to get back to, followed by a trip to see family in Ireland and a new baby niece.

I finally finagled a patchwork itinerary that would get me home. Since there were no flights from New York City to London, I got a seat on a flight from Albany to Detroit on December 22, then another on a red-eye flight to London. I’d hop back to my apartment for an hour or two, then catch a flight to Belfast on the evening of the 23rd.

I barely slept the night before, which was fortunate as my hotel room’s alarm clock never went off. Waking just by chance, I threw my things together and raced across town in a blind panic.

I was on the earliest bus possible, but the schedule was 40 minutes later than advertised and, as the journey got underway, it was delayed even further.

Realizing that I was on a pointless journey upstate to Albany, a place I’d never even heard of till 24 hours earlier, and that I wouldn’t be home with family by December 25, I gave in and began to weep.

The December 2009 North American blizzard brought record-breaking snowfalls to the US East Coast.

“Are you okay?” asked the woman in the window seat next to me. It was calming to see a kindly face after the stony blankness of the officials at Port Authority and we fell into conversation.

Susan Lee was a realtor from Brooklyn, on her way to her mother’s for the holidays, and as we talked, I began to relax and accept my situation. Then Susan came up with a plan.

Instead of staying on the bus to the airport, my new friend and I were soon hopping off together at Albany Bus Terminal, where Susan’s mother Judy was waiting in the car to pick her daughter up.

Susan took the wheel and the three of us made the 12-mile dash to the airport, the Lees’ plan for the morning put to one side.

I jumped out of the car, raced through the airport and made it onto the first of three flights. I got to London the next day, sent Susan a thank-you email, and by evening I was back home, ready to spend Christmas Eve in the Northern Irish countryside.

‘We need that right now’

“I’m just so excited that you got in touch with me,” beams Susan, joining me via Zoom from the cottage in Sullivan County, New York, where she and her partner have gone to sit out the coronavirus lockdown.

She’s fresh-faced and smiling, and it’s hard to believe that more than ten years have passed since that fateful trip.

I’m in my bedroom in North London, in the home I bought a couple of years before. I’ve been at CNN nearly five years, having been laid off at the online video start-up which brought me to New York in 2009. My Irish family’s a little bigger, with a nephew joining us in 2010.

The pandemic restrictions have given me a lot more time to reconnect with people online, which is why I’d dug out Susan’s business card from a drawer and Googled her.

She choked up, she says, when she got that surprise communication telling her that, once upon a time, she’d done a little thing that meant a lot. “We need that right now,” she adds.

“I traveled quite a bit when I was younger, too, so I received a lot of goodness from people,” recalls Susan. “It was a feel-good moment, you know. It was rewarding to get your email and find out what had happened.”

Susan Lee (left) and Maureen O’Hare (right) catch up by video call from their homes in upstate New York and North London.

Susan helped me reunite with family that year, but now, like billions around the world, we’re not sure when we’ll be able to hug our loved ones again. It’s a reminder to treasure the moments we have.

In 2009, “I was just going to spend Christmas with my mom,” she says. “My father had passed away a year prior to that. It felt sort of empty with my father being gone.”

The Lees emigrated to the US from Seoul, South Korea, in 1976. Her father was a dental technician, and “he wanted to live the American dream.”

Says Susan, “It’s a horrible thing to lose a loved one, especially somebody that I loved dearly. But looking back now, it’s quite amazing how I’ve been able to move on, when I thought that I wouldn’t be able to live without him.”

Susan has a sister in Hawaii and a brother in California, while Judy is still in Albany, a couple of hours’ drive away from Susan’s cottage.

“She’s an amazing woman. A cancer survivor, she’s had such health issues for a lot of her life,” says Susan. “When Covid-19 came out I was very concerned because she has to travel three times a week to the dialysis center.”

Susan made a socially distanced visit to Judy about 10 days ago, to bring supplies, and although “it was weird not to be able to hug her,” she’s glad her mother’s safe and well.

Back in 2009, I used Google Hangouts to ring home when I was stranded, and video calls are once again bringing us close to family and friends — and the WiFi speed’s much better, too.

For now, in London and in New York, Susan and I are using our slowed-down lives to cook more, to garden and to catch up by phone or online with friends and family. As a realtor, Susan isn’t working right now, but she’s “enjoying the less stressful life” and “really trying to make lemonade with lemons here.”

We end our call with hopes to have drinks in person one day, when we can leave our homes and the Atlantic is no longer between us. Says Susan, “It’ll take a little time, but life will continue.”

Syrah: Rich And Spicy Grape, Getting More Popular By The Day
Delta, United and other airlines strike deal for federal coronavirus loans
The best budget hotels in Barcelona, including shady gardens and rooftop pools
What Was Everyone Drinking This Fourth Of July Weekend?
The perfect escape for lockdown-weary families