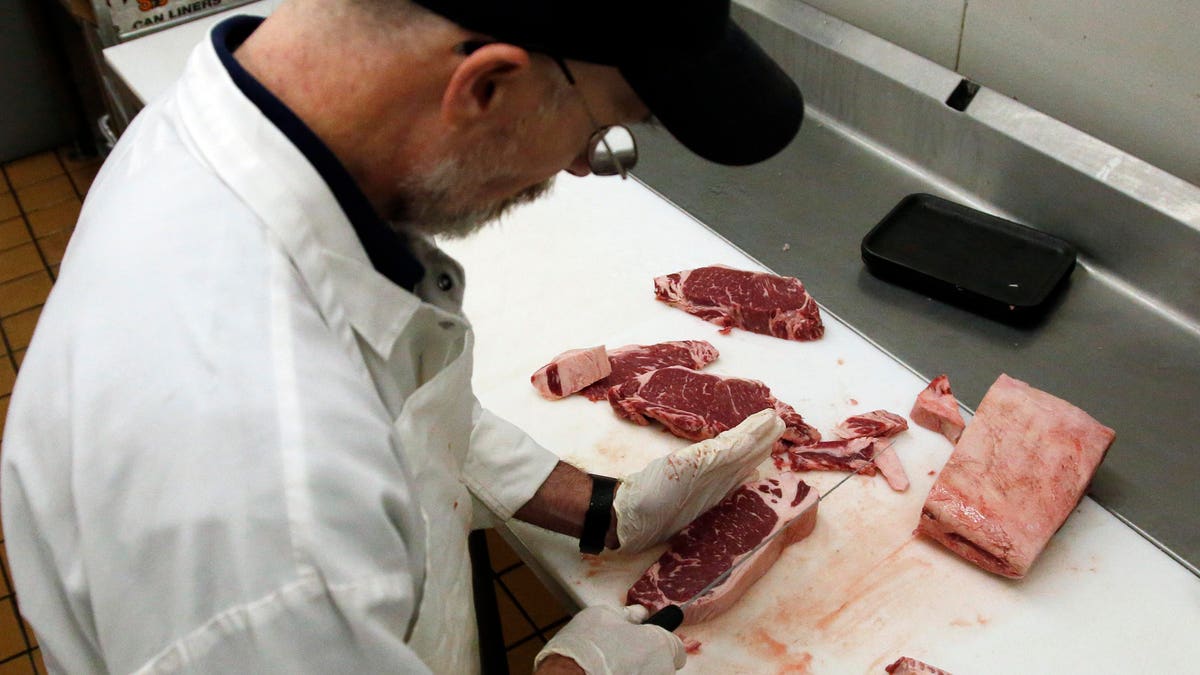 By Onofrio Castiglia in Charlottesville, Virginia and Jeff Sheban in Chicago

COVID-19 is forcing the closure of dozens of large meatpacking plants as employees get sick and labor shortages ensue.

The problem has led to an oversupply of animals awaiting slaughter and low prices for farmers, but undersupply and high prices for consumers, as a bottleneck builds up in processing. Limited meat shortages and higher prices at supermarkets could be the norm throughout the summer, according to the processors themselves.

An ‘unbearable’ situation for farmers

The largest domestic meat processing companies including JBS, Tyson, Smithfield and Cargill have lost capacity due to COVID-19 shutdowns. This has disrupted the entire food supply chain, from grain producers to grocery stores.

Beef, pork and poultry farmers that supply those companies say federal aid is not sufficient to compensate for the full loss of value per animal the pandemic has caused.

U.S. Dept. of Agriculture aid distributed in response to the pandemic is limited to USD 125k per commodity with an overall payment limit of USD 250k, but Mike Boerboom, CEO of Marshall, Minnesota-based pork farm and processor Boerboom Ag Resources, compared that level of aid to putting “a Band-Aid on a knife wound,” as the price for his pigs has dropped to essentially nothing.

“The buying stations are being locked up at night so nobody can drop pigs off,” he said, speaking on a panel hosted by Farm Credit and moderated by CoBank. When the fifth-generation business can sell a pig, he said it is losing $100 a head in the deal even factoring in the aid.

Wayne Peart maintains a herd of 40 beef cattle in West Salem, Ohio. He produces “feeder calves,” which are raised from birth to 600-800 pounds and then sold to another farm where they achieve the ideal slaughter weight of 1,400-1,500 pounds.

His current calves, “just babies,” are due to be sold in the fall. But Peart is anticipating a sharp decline in prices because calves that sold for $1.30 a pound in November 2019 are now selling for $0.90 a pound.

He plants 100 acres each of corn and soybeans, but those prices are declining as well. “Our breakeven point just keeps going higher as [commodity] prices go down,” he said. “If your break-even was 40 bushels of soybeans last year, now it’s going to be 50 bushels.”

Levi Gore, general manager of family-owned retailer and processor Gore’s Fresh Meats in Stephens City, Virginia, hasn’t made any specialty stuffed filets or barbeque skewers for his store in weeks. He’s too busy trying to get ground beef and freezer-friendly cuts out the door.

Business has doubled, and at times tripled, compared to what it was pre-pandemic, Gore said.

Local shops have become a reliable alternative for people leaving supermarkets disappointed. On any day, a line can be seen outside Gore’s.

“I have babies I need to feed,” Elizabeth Shupe, a resident of Riverton, Virginia, said of her grandsons, ages 9 and 12. She stood in line outside Gore’s, hoping to leave with ground beef and pork chops, wearing a cloth face mask with pictures of her cats printed on them.

Gore’s is sourced by two small processing plants that it owns in Virginia, which rely on a regional farm network.

“I have yet to run out of product,” Gore said, adding that he believes his supply chain is stronger than that of a major processor. “We are keeping up. Grocery stores can’t.”

To meet demand, Gore has put his 40 employees to work more than 60 hours per week and is trying to hire. Pay raises and bonuses have come with increased safety measures, though he feels a small processing operation doesn’t have the same health risks as a huge plant.

Harrisonburg, Virginia-based Shenandoah Valley Organic is a processor of organic chicken that relies on a regional network of farms for its traceable supplies. In December, SVO said it raised $15 million to expand its retail footprint and product line.

Founder and CEO Corwin Heatwole said the increased demand provides smaller processors like his a chance to rise to the occasion and gain market share. He told Mergermarket on April 30 that SVO would like to raise additional capital to establish a new facility on the West Coast, but the priority is to keep his current facility and 440 employees healthy.

For PE, distribution is key

“Companies with a strong, local, regional presence are in a position to benefit,” said Jason Wrone, vice president and fund manager at Open Prairie Ventures, which participated in the SVO raise. “One could argue that their valuation has improved because of this.”

Even before the pandemic, there was a trend toward healthier and organic food in the U.S., he noted.

The fresh meat sector does not typically appeal to private equity due to unpredictable input costs and retail prices.

The pandemic has made inefficiencies within distribution evident, Nolan said. Some food manufacturers are having to pay for trucks to sit in line, in some cases for days, to get products unloaded into a distribution center.

“It’s not just a chicken breast, it’s which type of chicken breast,” Walker said. Consumers are going to be distinguishing between organic, antibiotic-free (ABF) and traditional. These trends were around before the pandemic, but the fissures in the industrial meat supply chain mean new customers and retailers are being introduced to small brands on a much greater scale than they were before.

Walker said this opportunity extends to “emerging proteins” like plant-based and cell-based meats and alternative dairy.

To the extent that these small producers represent good investments, Walker said a company should be profitable, have less than $100 million in annual revenue but have a clear path to scale well above that revenue mark – a tall order in the meat industry.

“There’s never a better time than now to be thinking about supporting strong entrepreneurs.”

Onofrio Castiglia covers industrial products and services for Mergermarket from Charlottesville, Virginia. He can be reached at onofrio.castiglia@acuris.com.

Jeff Sheban is Mergermarket’s Chicago-based Midwest Editor; He can be reached at jeff.sheban@acuris.com.

A Coastal Road Trip to Californiaâs Mendocino County and the Ruggedly Elegant Inn at Newport Ranch
Your weekly Adventure Agenda: Explore Australia from home
Disaronno’s New Velvet Liqueur Is Dessert In A Glass
Women Are Now Revitalizing The Traditional Male-Only Japanese Sake Industry
The best spa hotels in Madrid for some serious pampering