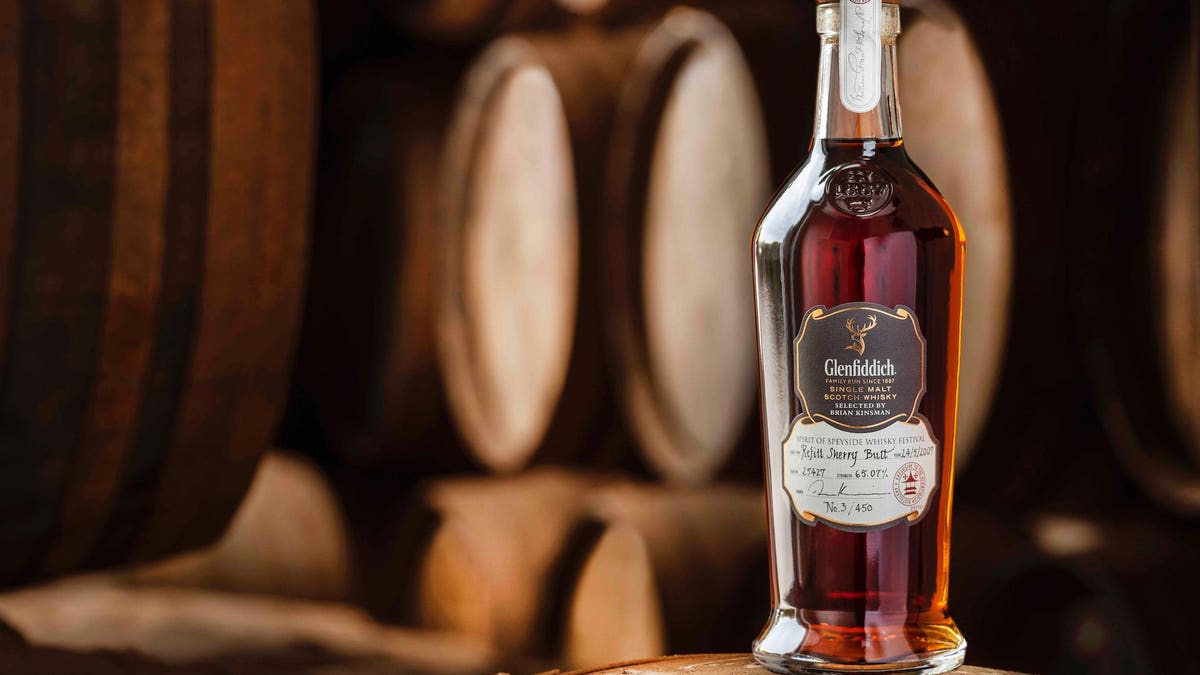 Glenfiddich is one of the most sought after brands of scotch on the market today. Its status is well-earned. The storied Speyside producer helped pioneer the concept of ‘single malt’ back in 1963. At the time, virtually all exports from Scotland were blended whiskies. With the release of Glenfiddich Straight Malt a new category thrust itself upon a global stage. It helped transform the region into the world’s single most important destination for whisky connoisseurs; an honor that’s celebrated each spring with the Spirit of Speyside Whisky Festival.

For obvious reasons, this year’s rendition was scrapped. But that didn’t stop Glenfiddich from releasing the special bottle they had planned for the annual event. This week the distillery announced a limited edition run of 13-year old liquid matured for 13 years in refill sherry butts. Only 450 bottles are on offer, available exclusively through Whisky Auctioneer, with all proceeds benefiting local charities.

The liquid inside was hand-selected by Glenfiddich’s Malt Master, Brian Kinsman. Although the cask is decades younger than some collectors might prefer, his bottling here reflects how misguided age statement idolization can be. During just over a dozen years in oak this whisky picks up all sorts of richness. Rounded edges of citrus, apple and pear surround a core of cinnamon and stone fruit. It remains surprisingly smooth given its unusually elevated strength of 65.7% ABV. Each decanter is hand-labeled and signed by Kinsman, himself.

The bidding opened up last Wednesday and is already set to fetch as much as $8000 per bottle. You needn’t spend nearly that much, however. The auction is set up in such a way that you place your bid on any one of the 450 available bottles. Most of them are sitting at around $500 at the moment. But the auction doesn’t close until Tuesday, June 22nd.

So if you have any interest in owning a piece of history, the clock is ticking. The Glenfiddich Spirit of Speyside Distillery Edition 2020 is a one and done offering. But that doesn’t mean you shouldn’t expect many more great things out of the famed scotch brand in the years to come. Indeed, Glenfiddich’s continued success in the industry suggests that its future might well be as storied as its proud past.