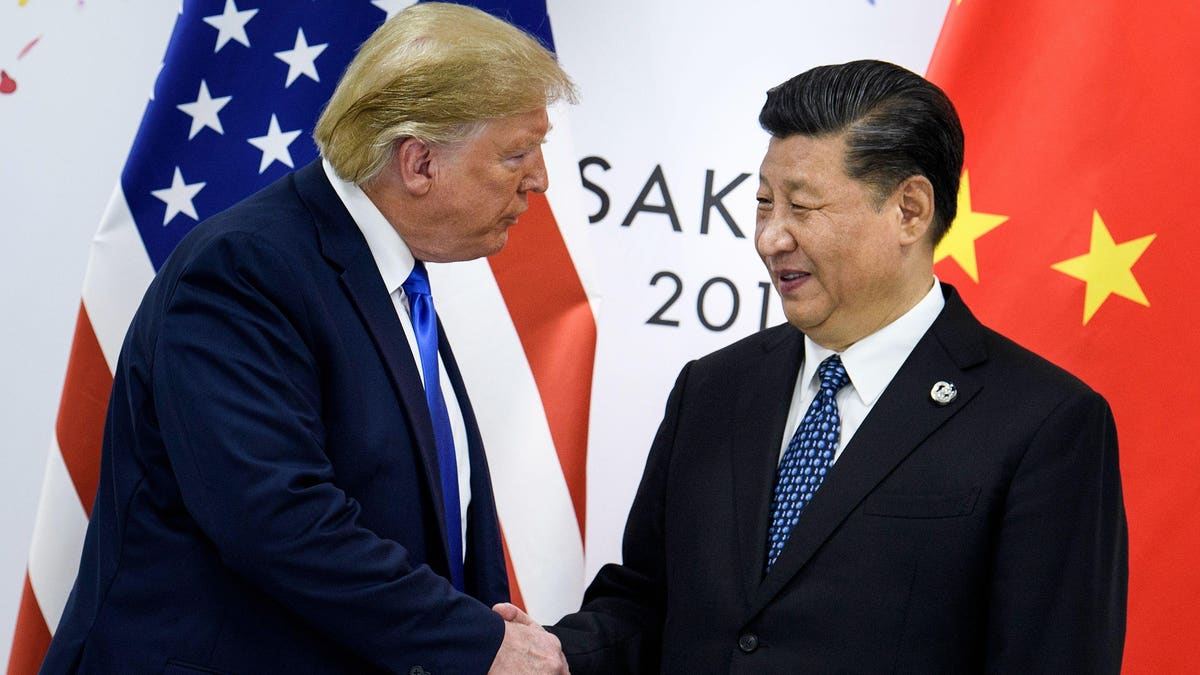 In pursuing a tariff-first, “America First” trade policy, Donald Trump made the United States less secure and more susceptible to manipulation by the Chinese government, according to a new book by former National Security Adviser John Bolton. In reporting on the book, many news articles overlooked one of the lessons from Bolton’s revelations: Protectionist trade policies can make America more vulnerable.

Donald Trump begged Chinese President Xi Jinping to help him politically by buying more goods from U.S. farmers, according to Bolton. However, Chinese entities already purchased a great deal of U.S. agricultural goods before Trump increased tariffs on Chinese imports, and left to market forces China would have continued to import large quantities of U.S. farm products. Trump believed he needed to sell out American interests to help his political fortunes, reports Bolton. Trump’s policy decision in 2018 to raise tariffs on Chinese goods resulted in the Chinese government retaliating against U.S. imports, which hurt farmers.

The harm to farmers set the stage for Trump’s controversial actions during the meeting with Xi Jinping. “President Trump asked Chinese President Xi Jinping to help him win the 2020 U.S. election, telling Xi during a summit dinner last year that increased agricultural purchases by Beijing from American farmers would aid his electoral prospects,” reported the Washington Post’s Josh Dawsey. “During a one-on-one meeting at the June 2019 Group of 20 summit in Japan, Xi complained to Trump about China critics in the United States. But Bolton writes . . . that “Trump immediately assumed Xi meant the Democrats. Trump said approvingly that there was great hostility among the Democrats.”

“He then, stunningly, turned the conversation to the coming U.S. presidential election, alluding to China’s economic capability to affect the ongoing campaigns, pleading with Xi to ensure he’d win,” Bolton writes. “He stressed the importance of farmers, and increased Chinese purchases of soybeans and wheat in the electoral outcome. I would print Trump’s exact words but the government’s prepublication review process has decided otherwise.”

Vanity Fair obtained the “exact words” Trump spoke: “According to an unredacted passage shown to Vanity Fair by a source, Trump’s ask is even more crudely shocking when you read Trump’s specific language. ‘Make sure I win,’ Trump allegedly told Xi during a dinner at the G20 conference in Osaka, Japan last summer. ‘I will probably win anyway, so don’t hurt my farms.… Buy a lot of soybeans and wheat and make sure we win.’”

According to Dawsey, “At the same meeting, Xi also defended China’s construction of camps housing as many as 1 million Uighur Muslims in Xinjiang – and Trump signaled his approval. “According to our interpreter,” Bolton writes, “Trump said that Xi should go ahead with building the camps, which Trump thought was exactly the right thing to do.” Trump also reportedly did not want to speak out or take action on Hong Kong for fear it would interfere with a politically advantageous deal with China.

“On the 30th anniversary of China’s massacre of pro-democracy demonstrators in Tiananmen Square, Trump refused to issue a White House statement,” according to Bolton. “‘That was 15 years ago,’ he said, inaccurately. ‘Who cares about it? I’m trying to make a deal. I don’t want anything.’ And that was that.”

Bolton also reports that Trump interfered in national security investigations into Chinese companies, viewing the investigations or prosecutions as harming Trump’s chance for a deal with China to undo the political damage the administration’s trade war had inflicted on farmers. “In 2018, for example, he [Trump] reversed penalties that [Commerce Secretary Wilbur] Ross and the Commerce Department had imposed on ZTE,” writes Bolton. “In 2019, he offered to reverse criminal prosecution against Huawei if it would help in the trade deal – which, of course, was primarily about getting Trump re-elected in 2020.”

Trump also pushed aside the original goal of the U.S. trade actions against China. In March 2018, to justify tariffs against imports from China, the Trump administration released Section 301 report findings on Chinese trade practices that focused on Chinese government practices on intellectual property, technology transfer and related issues. The report noted an August 14, 2017, presidential memorandum that stated, “China has implemented laws, policies, and practices and has taken actions related to intellectual property, innovation, and technology that may encourage or require the transfer of American technology and intellectual property to enterprises in China or that may otherwise negatively affect American economic interests.”

Any interests as a nation the United States possessed in addressing those issues were subordinated to Trump’s effort to recover politically from the negative impact his tariffs had on U.S farmers. Lingling Wei, author along with Bob Davis of the new book Superpower Showdown: How the Battle Between Trump and Xi Threatens a New Cold War, said in a recent interview, “The president’s fixation on the trade deficit actually undermined his trade representative’s efforts to try to get Beijing to move on structural issues such as government subsidies to Chinese companies. Time and again, the Chinese side had dangled more U.S. purchases in exchange for a deal.”

“I’m willing to give Trump credit for increasing awareness of China’s misguided mercantilist policies, such as the pervasive cronyism used to subsidize politically connected companies,” said economist Dan Mitchell, chairman of the Center for Freedom and Prosperity. “But the president made a big mistake by opting for tit-for-tat protectionism when almost all the world’s major trading nations would have supported the United States if we had used the World Trade Organization to push China in the right direction.”

If Donald Trump adopted a policy focused on free trade and expanding markets, rather than one that relied on higher tariffs and industrial policy, a foreign government would not have manipulated the United States. Because of a tariff-first, America First approach, U.S. trade policy became reduced to Donald Trump and Xi Jinping attempting to make a deal, without concern for American values or interests.

The best family-friendly hotels in Barcelona, including board games and film screenings
The Best Indian Food In LA Is In A Gas Station | Legendary Eats
As Bars Reopen In England–Is It The End Of The British Pub?
American Rosés For An American Holiday
Alaska Airlines will begin giving passengers a “yellow card” for violating its mask policy