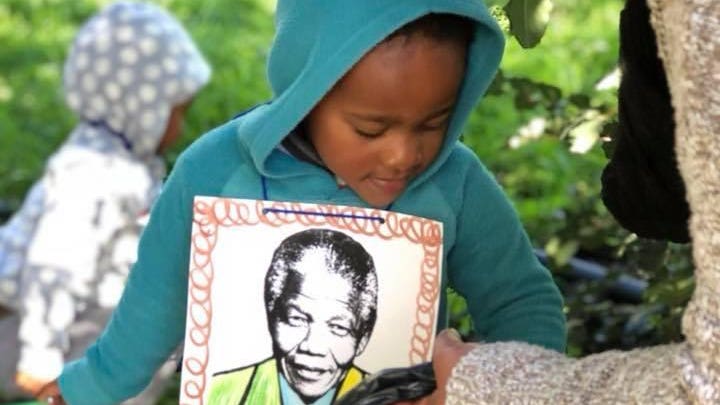 The Simonsig Wine Estate holds a very special place in the world of winemaking in the high quality wine region Stellenbosch for several reasons – the late owner, Frans Malan, was one of the first to sell wine in bottle when they started in 1968, he made South Africaʼs first Méthode Cap Classique (bottle-fermented sparkling wine), started the Stellenbosch Wine Route (with two other estate owners) in 1971 but most importantly he believed and implemented programs that uplifted and trained their workers in the vineyards. Today, this core set of values is continued with Frans’ sons, Francois and Johan, and his grandchildren Francois-Jacques, Christelle and Michael.

One of Frans’ sons, Johan Malan (co-owner and director of winemaking), talked about the challenges that his father initially faced. “The wine market was totally dominated by four big wholesale wine merchants with their own labels and brands”, noted Johan. The Malan family has roots in South Africa that go back to 1688 when their French Huguenot ancestors fled religious persecution and eventually found themselves in Stellenbosch as grape growers. But the family lineage was altered in the late 1960s when they no longer just settled for being farmers but took control of the final product by being wine producers; Johan’s father was only the fifth private producer to bottle and sell his own wine in the Stellenbosch region which has grown into more than 200 private producers today. During those early days, Frans had to work hard to find a way to sell wines around the existing system where the big wine merchants owned a large percentage of the retail wine and spirits. So he took the initiative to sell via mail with a regular newsletter assisted by his wife labeling the wines by hand in her needlework room.

Establishing the Stellenbosch Wine Routes was key to the region’s eventual success as it sold directly to the final consumer through their cellar door and it was the first wine route in South Africa. Johan explained, “This opened the door for wine tourism in the Cape which is today one of the biggest tourist drawing cards in the entire country.” Then he further pointed out that the modern wine industry benefited from the opening of export markets after South Africa’s “miraculous political transformation” and the first democratic elections which took place in 1994 which was one of the instrumental events to end apartheid.

Although the aforementioned challenges have been tackled, there were recent devastating blows to the South African wine industry. During the lockdown due to the coronavirus, starting March 26th, many of the wineries in South Africa were still harvesting their grapes and didn’t know if they would be allowed to continue. The wine industry body in South Africa, Vinpro, was able to negotiate with the government to make agriculture for wine grapes an essential industry and so producers were able to finish the vintage but then things took an unfortunate, illogical turn; all wine and alcohol sales were prohibited during the lockdown. Then there was a glimmer of hope when the president of South Africa announced that wine exports would be allowed and as quickly as that glimmer of hope came it was extinguished just two days later when one of his ministers exclaimed that wine exports would not be allowed after all, according to Johan.

After a month, the ban on wine export sales was lifted but wine sales within the country were not permitted until South Africa reached risk level three on June 1st with a restriction of only allowing sales Monday through Thursday. “So effectively we lost the whole of April’s sales and more than half of May’s sales. It is a desperate situation and Vinpro has predicted up to 100 wineries will have to close down”, said Johan. The Covid-19 lockdown only compounded the issues that the wine industry in South Africa already face since with the “low prices South Africa wines fetch on international markets” it is tough for grape growers to survive financially, especially a premium quality region like Stellenbosch where “yields are low” and the vineyard land ranks as the most expensive in the country.

Sustainability: Protection of Place and People

Simonsig has been part of the Integrated Production of Wine for many years and it is a voluntary program in South Africa that sets the standards for sustainability such as using safe pesticide and fungicide applications in the vineyards that directly affect the safety of the workers as well as many other aspects of the process of making wine. They also participate in the Biodiversity and Wine Initiative which has helped to bring back some of the original vegetation and habitat of Simonsig’s estate such as the Cape Fox and Cape Leopards. Yet one of their most satisfying achievements has been the “upliftment and training” of their farm workers as well as creating conditions to help employees improve their home lives.

A certified daycare was setup at Simonsig as far back as 1979 in association with the Anna Foundation to take care of their workers’ babies and toddlers. This gave many mothers a chance to work and contribute to an increased household income creating better opportunities for their children. In addition, they have after school programs that are overseen by qualified teachers that include a computer room. Simonsig has even given scholarships to their employees’ children who display talent and hard work to make it possible for them to go to some of the top schools in Stellenbosch. And finally, there is an ongoing leadership program for vineyard and cellar workers to teach them skills that could provide them opportunities to advance their job placement; giving back to their community has always been part of one of the most important Malan family’s core values. Johan noted one great example of Denzel Swarts who grew up on the Simonsig estate and worked himself up to tasting room manager and is currently Simonsig’s brand ambassador.

Willing to Take the Sacrifice

In regards to the hard financial hits that Simonsig has taken due to Covid, Johan passionately pointed out that Simonsig’s main concern was to continue to provide for their over 150 employees despite having to close down for a couple of months with little to no income coming in. Despite the government making emergency funds available for employers to pay their workers, Johan pointed out that they had to cover most of the wages themselves as the government’s assistance barely covered the employees’ pay. “We are grateful that all of our staff understands the situation and made salary sacrifices to ensure we survive this challenging period”, noted Johan. But when a company invests in its workers’ well-being and quality of life and actually gives them an opportunity to strive for more, they are willing to make the sacrifice because it will not only ensure their livelihoods but it keeps the promise of a better life for generations to come.

Some thoughts from Johan Malan about the 2020 vintage that was recently harvested a couple months ago in the Western Cape province where the Stellenbosch region is located – he thought it was “excellent” in terms of quality and they saw yields recover significantly to above average levels after the three year drought in the Western Cape.

2019 Simonsig Wine Estate, Chenin Blanc, Stellenbosch, South Africa: 100% Chenin Blanc. Chenin Blanc has found a second home outside of the Loire Valley, in France, within South Africa’s Western Cape province. This wine displays a combination of rich golden apple fruit with mouthwatering quince flavors that had an electric energy with hints of honeysuckle on the finish. A fantastic wine for summer!

2017 Simonsig Wine Estate, Pinotage, Stellenbosch, South Africa: 100% Pinotage – a crossing between Pinot Noir and Cinsaut. Pinotage has come a long way in South Africa as at one time it didn’t have the best reputation. But with wine producers such as Simonsig focusing on the best way to grow each of their varieties in the multitude of different soils in Stellenbosch – Pinotage does well on shale soils – they are really finding a way to bring out the pure beauty of the grape. The generous nose gave lots of pure blue and black fruit with a background of hints of cinnamon and broken earth that were beautifully displayed with round tannins and a juicy finish with a nice vibrancy.

Uber Agrees To Buy Postmates For $2.65 Billion – Reports
The best family-friendly hotels in Barcelona, including board games and film screenings
You can find these 10 incredible animals in U.S. national parks
As Bars Reopen In England–Is It The End Of The British Pub?
48 hours in. . . Vancouver, an insider guide to Canada’s West Coast wonder