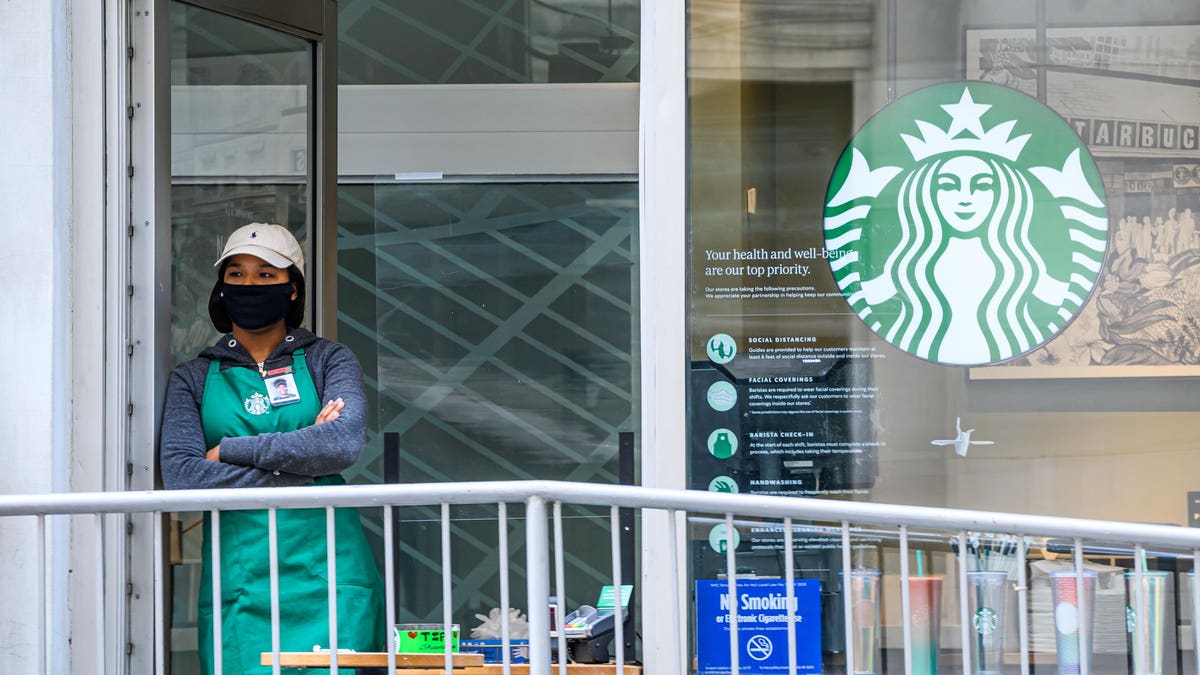 Coffee behemoth Starbucks said Thursday that it will require customers to wear masks inside their stores beginning next week, becoming the latest retailer to require the face coverings that have become a political hot button as the coronavirus pandemic rages through the U.S.

Starbucks’ mask requirement goes into effect July 15, and will be in place regardless of masking rules in each store’s state:

The order follows two recent controversies the Seattle coffee chain was mired in.

One was whether Starbucks baristas were allowed to wear Black Lives Matter shirts and pins, which the coffee chain first banned, saying the gear would “amplify divisiveness,” before reversing the decision June 12.

The other controversy erupted when a San Diego barista, Lenin Gutierrez, refused to serve a woman who had first refused to wear a mask.

$87,000 was raised in a GoFundMe for Gutierrez, who garnered widespread admiration for his actions while the woman, Amber Lynn Gilles, reportedly received death threats for her behavior.

The Retail Industry Leaders Association on Monday issued a letter asking for state governors to enact policies requiring people to wear masks while shopping or out in public spaces.

“At select locations where a local government mandate is not in place, customers that may not be wearing a facial covering will have various options to order their Starbucks, including ordering at the drive-thru, curbside pickup through the Starbucks app or placing an order for delivery through Starbucks Delivers,” the company said in a statement. “[We are] committed to playing a constructive role in supporting health and government officials as they work to mitigate the spread of COVID-19.”

Eight. According to the AARP, that’s how many major retailers are requiring masks to shop at their stores. Including Starbucks, they are: Costco, H-E-B, Dollar Tree, the Apple store, Verizon, AT&T and Menards.

Starbucks’ mask mandate comes later into the pandemic. Costco, by comparison, required the face coverings in April. Over recent months, however, videos of customers throwing items and fighting store workers—as they refuse to wear masks while shopping—have gone viral. One New Jersey Starbucks worker, Anthony Pasqualone, told the Washington Post Wednesday that a customer recently screamed at him about the state’s mask requirement. The customer then proceeded to urinate on the floor, Pasqualone said, after being informed that the restrooms were closed due to the pandemic. As coronavirus infections have surged across the country in recent weeks, at least 17 states plus the District of Columbia have required face coverings. North Carolina and Washington State were the latest to enact their policies June 24.

Retail workers are being pulled into the latest culture war: Getting customers to wear masks (Washington Post)

The best things to do in Lake Bled, from amazing hikes to hot air balloon rides
Why now is the perfect time for a Wind in the Willows adventure on the Thames
These are the best roadside attractions in each state
Summer Calls For Shakaratos In Hawaiʻi
This airline is promising to pay for COVID-19 medical and funeral costs