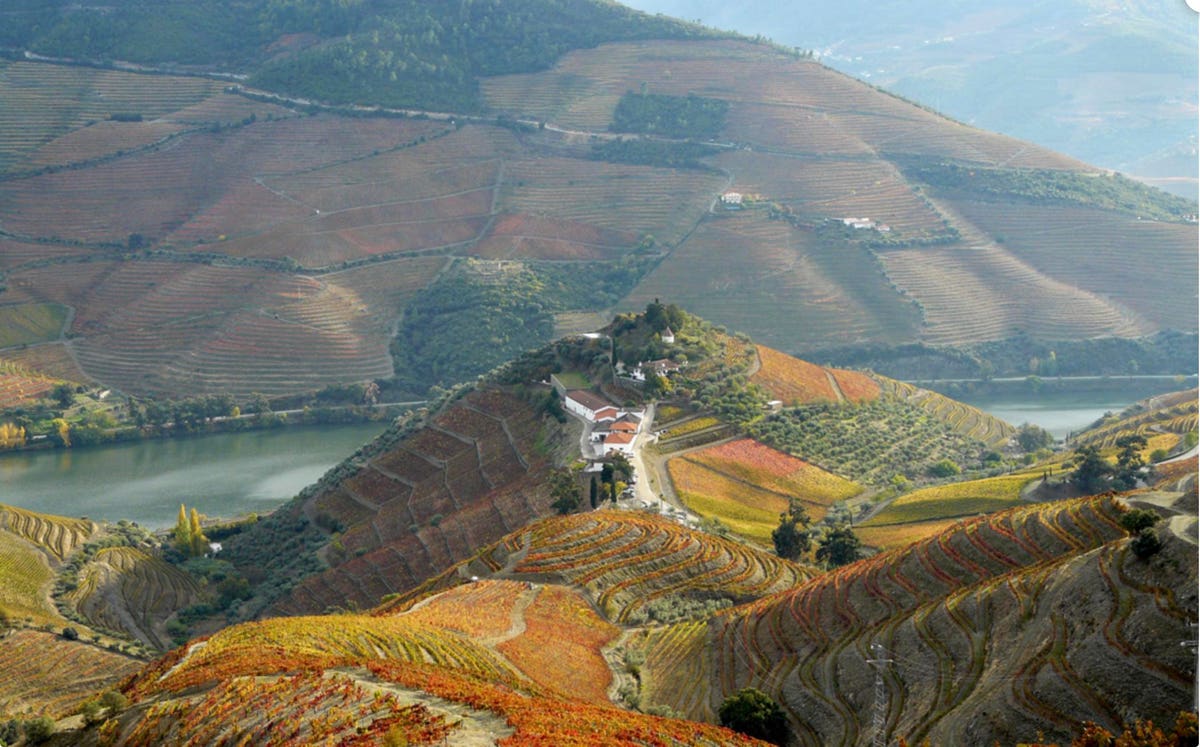 The 2020 World’s Best Vineyards, an annual list of the top 50 wine-tourism experience, covers five continents and 18 countries. Yesterday’s post detailed the top five, interestingly, four of which are in the new world. Today’s set of five (Nos. six-10), flip that ratio, with only one winery in the new world.

The rankings are based on vineyard environment and hospitality rather than quality of wine (though the two are intertwined in most cases), and the list of 50 gives a nod to the wineries with the best tourism experience—opportunities to learn and taste, dining, accommodations and views. And in some cases, rewards outstanding (or outlandish, depending on your point of view) architecture.

#6: Bodegas de los Herederos del Marques de Riscal, Rioja, Spain. If Marqués de Riscal wasn’t already the king of Rioja, its “City of Wine” created in 2006 with starchitect Frank Gehry, at least placed a colorful crown on its royal reputation. The twisting multicolor ribbons are a joyful eruption on an otherwise serene landscape that house a hotel, spa and Michelin-starred dining. Marqués de Riscal has long distinguished itself: It was the first non-French wine to win the diploma of honor of the Bordeaux Exhibition, and the producer also set itself apart by adding a gold net to its bottles as a fraud prevention measure. The flagship winery has been a Rioja mainstay since the 1860s, but also produces wines in Castilla y Leon, Rueda, where it was a pioneer, and D.O. Getariako Txakolina. Lucky visitors to the historic cellar may see the “La Catedral,” a 130,000-bottle library of rare wines dating to the winery’s origin in 1862. Tours conducted in six languages.

#7: Chateau Smith Haut Lafitte, Bordeaux, France. With roots dating to the 14th century, this grand cru classe estate focused on Graves is a showcase for both historic architecture with its distinctive tower and a garden full of contemporary art, thanks to its owners since 1990, Florence and Daniel Cathiard. The Cathiards were Olympic skiers who flew over the neglected property, fell in love with it and spent three years restoring it. It’s one of the few Bordeaux estates to produce quality red and white wines. The family interests extend beyond wine (and skiing): two daughters run a high-end vinotherapy spa (Caudalie, whose ingredients are sourced from grape seeds and cuttings); and two luxury hotels, one in Loire Valley. At the wine estate, visitors can shadow a winemaker for a day, embark on an estate tour and tasting, finish with a meal or spa treatment.

#8 Quinta do Crasto, Douro Valley, Portugal. The name Crasto comes from the Latin word “castrum” referring to a Roman fort, and that’s appropriate for the historic estate sitting high on a terraced hill in Portugal’s remote Douro Valley. Famous, of course, for port production, the valley historically hasn’t been a center of tourism: it’s famously hot and humid in the summers, until recently, difficult to get to (I can attest to queasiness of the switchback roads before the highway was built) and lacking in developed luxury hospitality. For years, visitation was by invitation to mostly the wine trade to one of the family quintas (that’s the real luxury money cannot buy). But do Crasto opened its doors in 2012, becoming one of the early estates to do so, and created the roadmap for others. The century-old manor house offers four suites, an architect-designed infinity pool, and stunning views over the UNESCO-recognized valley through which the Douro River winds. If you don’t drink port, the estate makes still table wines (red, white and rose), which are gaining acclaim.

#9: Antinori nel Chianti Classico, Chianti, Italy. If you’re in the wine trade, the first thing you know about the Antinori winemaking family is that they’ve been at it for a while. That would be 26 generations over 600-plus years. Over time, they’ve expanded into estates throughout Tuscany and Umbria, but their spiritual home remains in Chianti Classico. The estate has always been pioneering: Antinori was behind Tignanello, one of the original Super-Tuscans, made with non-traditional grapes. The flagship winery continues the family’s pioneering vision with a contemporary three-level gravity-fed winery (built in 2012) that is fully integrated into its Tuscan landscape, with state-of-the-art systems designed for low environmental impact. The family also established the Antinori Art Project for showcasing traditional and contemporary arts.

#10: VIK Winery, Millahue Valley, Chile. One of a portfolio of five unusual resorts, the winery hotel is an over-the-top fusion of wine and art in a pristine part of the valley. Come here for the privacy and the anomaly of an art-filled hotel in the middle of nowhere. Built of undulating steel waves, with its individually designed rooms, it looks like it belongs in a trendy European resort more than in the wilds of Chile. I was there for a technical tasting (seriously!) but wanted desperately to lounge around like the beautiful people I saw draped, post-spa treatment, on the groovy furniture. Alas, duty called, and I power-tasted through the impressive portfolio of high-end, very polished Bordeaux-styled wines. Created by Norwegian entrepreneur Alexander Vik and his wife Carrie, nothing’s been spared here: the sustainable winery was founded on energy-efficient systems, natural light and insulation. Nearly 600 trees were planted to balance the eco-system of the natural forest.

See also: Part I of Take Five: Best Vineyards in the World

Summer Calls For Shakaratos In Hawaiʻi
Investing In Jamaica’s Smallholder Farmers’ Climate Resilience Could Double Agricultural Production
Nice Beaches of Curacao, Netherlands Antilles
Kylie Minogue Launches Provence Rosé Wine–“Like A Getaway In A Bottle”
The outlook is bleak for the guardians of Africa’s wildlife – here’s how you can help