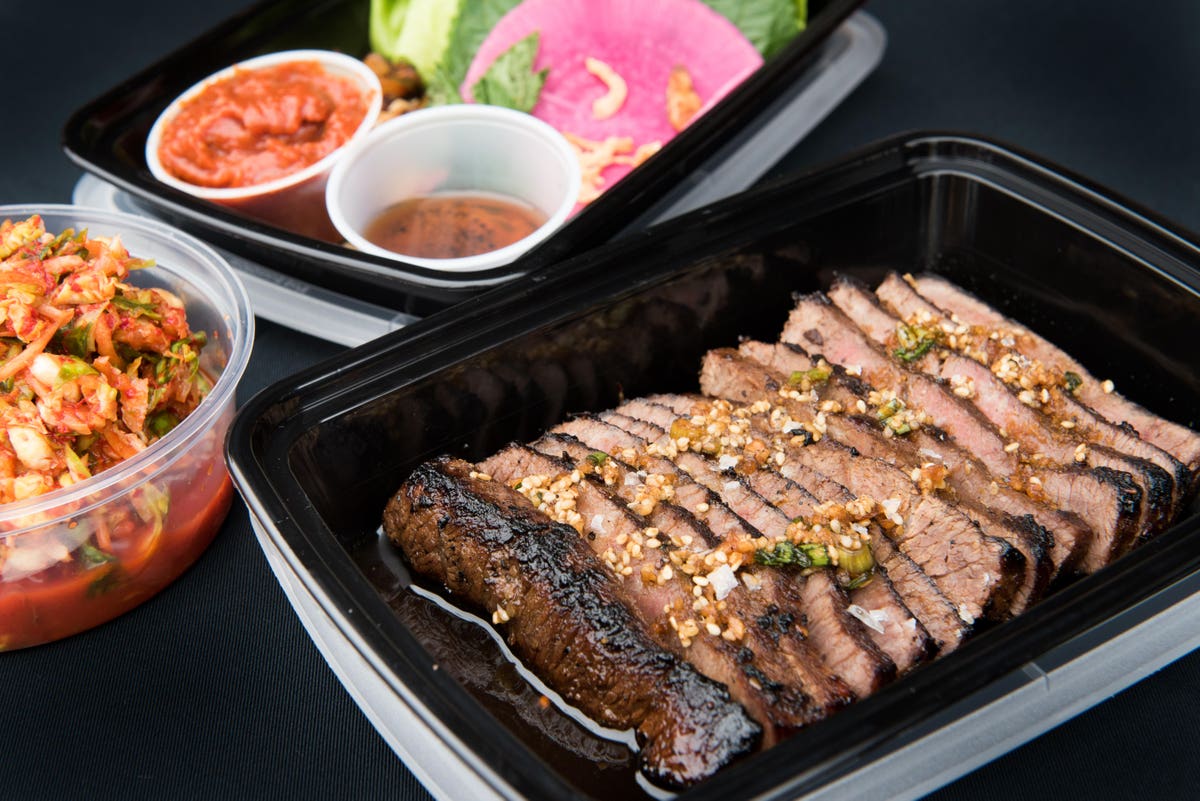 When it comes to spotting food trends, Donna Wamsley has an up close view.

She is a flavorist — a scientist who develops new flavors.

Wamsley is director of research and analytics for SoRSE Technology, an emulsion supplier for the food, beverage, cosmetics and healthcare products industries.

Essentially, she develops the flavors that you find in the things you eat, drink, use on your body and ingest internally.

Her work takes place upon requests from clients who request the formulas that allow them to take part in food trends, or to launch new ones.

I profiled Wamsley in this week’s CulinaryWoman Newsletter, and I asked her to predict some directions in which flavors are heading.

Korean food. Through out the past 20 years, Korean flavors have shifted from specialty to more mainstream, and I’ve been tracking them in my stories for Forbes.com.

Hooni Kim, who divides his time between South Korea and New York City, holds a Michelin star and is the author of the well-received cookbook, My Korea.

Bonchon, the cult favorite fried chicken chain, is pushing to grow both in the United States and globally.

American diners are becoming as familiar with kimchi, the Korean cabbage condiment, as they are with salsa and soy sauce.

But, Wamsley believes there’s room to grow beyond that.

She thinks they’ll soon be getting to know gochugang, the spicy red pepper chili sauce, and doenjang-jigae, a stew made with the fermented soybean paste that’s a cousin of natto, a feature of Japanese food.

Candy and chips. Wamsley says it used to take two to four years for a flavor to make its way into the confectionery world.

But with so many brands introducing limited-time only flavors, new variations are appearing faster.

“People don’t want to wait four years for a new product,” she says.

One prime example: M&Ms. The candy coated chocolates used to come in plain, peanut and the elusive almond, which I’d pounce on when I found them.

But, in recent years, M&Ms has made new variations one of its trademarks. Its basic lineup has expanded to include peanut butter and pretzel.

And, if you look at a candy aisle, you can find a wide assortment depending on the time of year, from mint and dark chocolate, to limited time flavors like Thai choconut peanut and Mexican jalapeno peanut.

Limited time offers — what the industry calls LTOs — are also prevalent among snack makers. Lay’s, in particular, has introduced potato chips based on regional flavors and culinary favorites.

These special flavors have a short shelf life, however. Unless they are so popular that they become permanent members of the line up, these don’t stick around very long.

“The limited runs are 18 months, and then they are gone,” Wamsley says.

Ice cream and coffee. The ice cream world has become a bazaar of new flavors and types, especially for people who are staying away from dairy

Last year, I wrote about the oat milk frozen desserts introduced by Van Leeuwen of Brooklyn.

And this year, I found numerous non-dairy choices in my hometown of Ann Arbor, Mich., from chains and locally owned places alike.

Like candy, ice cream has become an experimental base for new flavors. So has cold brew coffee, which is following in espresso’s footsteps.

And, what consumers currently are seeking are flavor combinations — taking a familiar flavor, and enhancing it with another one.

Wamsley uses strawberry as an example.

This flavor-blending is relatively new for the American market, but it has always been a factor outside the U.S., especially in Asia and Latin America, where layers of flavors have long been popular.

“If you look at things 10 years ago, people in the United States were experiencing traditional flavors,” she says. “Now, we are experiencing other cultures.”

Given the speed at which flavors are shifting, it’s likely something you spot on a menu now will pop up on your favorite chips in short order.

This Mexican town has regained its ‘magic’ status
How Workers Stuck At Home Are Still Getting Free Company Lunches
Travelers can work abroad in an island paradise — if they make $100,000+
The Italian town auctioning off abandoned homes for €1
A treasure hunter is accused of damaging a cemetery in Yellowstone National Park while searching for hidden treasure