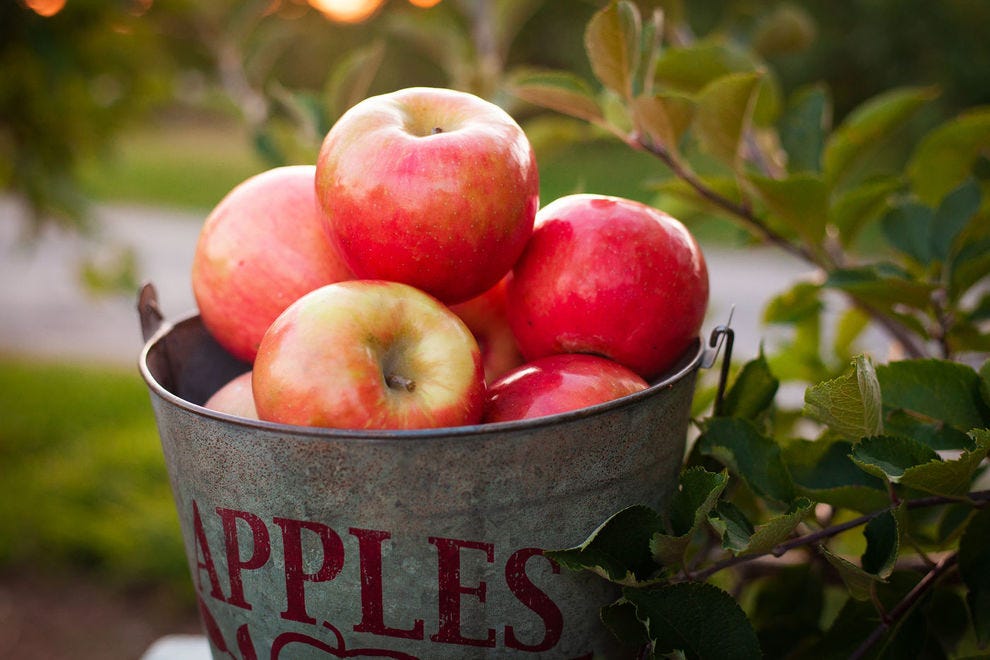 According to the University of Illinois, there are about 7,500 apple varieties in the world. And despite 2,500 of those varieties being grown in the United States, the Gala, Fuji, Granny Smith, and Honeycrisp varieties dominate the market.

The wide selection of apples in the produce section can be overwhelming, but instead of sticking to the familiar, here are ten other delicious apples to try this fall.

A cross-breed of Honeycrisp and Enterprise, the Cosmic Crisp takes the best qualities of both of these apples and combines them into a delicious, crisp and juicy apple. It’s perfect eaten plain, but when used in an apple tart or apple pie, it doesn’t get overly mushy and maintains its firmness, making it a great apple for baking.

It’s also a gorgeous specimen. With its smooth, red skin and perfectly round shape, the Cosmic Crisp is the kind of picturesque apple you’d find perched on a teacher’s desk. 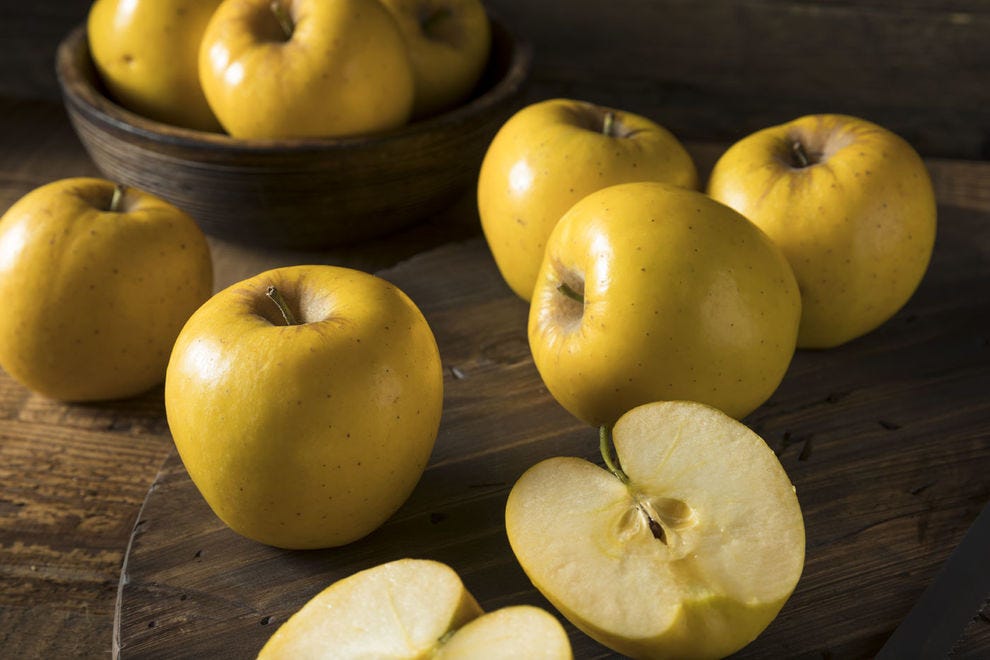 With its yellow skin, it’s easy to mistake an Opal apple for a pear. As a cross between Golden Delicious and Topaz apples, it has a distinctly sweet and tangy flavor. A neat, naturally occurring feature of the Opal is that they don’t brown after cutting.

The price of these apples are pretty steep (appropriate considering they’re named after a precious gem), so you might not want to use them for large dishes or for baking. But if you’re willing to splurge, Opals pair wonderfully with savory ingredients.

They can add a crunch to chutneys, are enhanced by salty bacon and taste amazing with cheese and savory herbs. And since they don’t brown, they’re great for salads, cheeseboards, or precut for takeaway lunches and picnics. 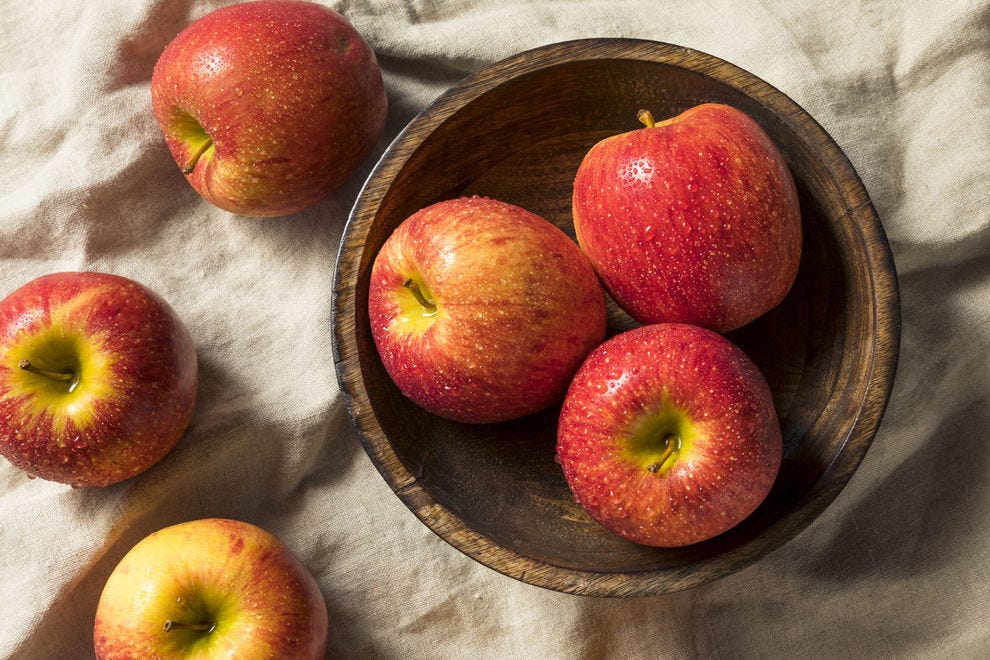 If you’re not a fan of tart apples, the Envy might be for you. The Envy is sweet and refreshing, and given their crunchy texture, they make a great addition to a wide spectrum of dishes.

They’re perfect served alongside savory meats and vegetables or on top of salads and sandwiches. They go great alongside desserts as well, or they can even be the center of dessert, like in a classic caramel apple.

If there were ever an apple that captured the essence of fall, it would be the SweeTango. As a cross between a Honeycrisp and a Zestar apple, the SweeTango takes on flavors of honey and spices with a hint of tart citrus.

Usually in apple recipes, other ingredients are added to enhance the apple flavor, but the SweeTango stands strong on its own. So it’s the perfect apple for apple-centric dishes such as apple strudels, a chèvre tart, and even baked apples.

If you’re a huge apple fan and want to really feel like you’re eating an apple’s apple, the Jazz variety might be for you. This is a strong and sharply flavored apple that’s not overly tart, thanks to the hint of pear flavor. The Jazz stays fresh for some time, so it’s an amazing apple to stock your fruit bowl. It’ll be ready for you whenever you’re in the mood for a bite.

Though its parent is the Honeycrisp, the Rave apple has a bit more acidity and tartness. And because they’re very juicy, they’re not the best option to bake with. Rave apples are delicate and soft, and though they’d fall apart if you baked them in a pie, they are succulent enough to just bite right into them or turn them into applesauce.

With a golden-green hue, the Ginger Gold apple is pretty mild in flavor with a hint of ginger as mentioned in its name. This variety ripens a bit earlier than most other apples with their season beginning as early as August. So, if you’re as eager for fall as Starbucks is to release pumpkin spice lattes, then the Ginger Gold is the perfect apple to start baking your favorite fall treats. 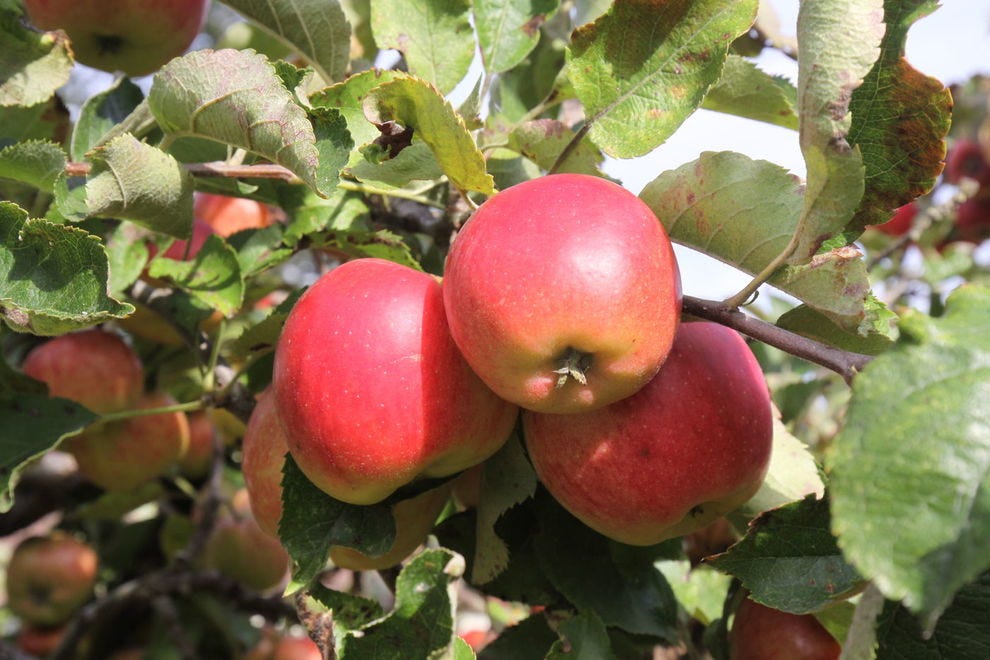 Jonagold apples on a tree — Photo courtesy of iStock / davelogan

The Piñata apple was bred to take on properties associated with tropical fruits. It has the texture of a crisp, juicy apple, and though it tastes like an apple, it also has a flavor reminiscent of pineapple. The Piñata also withstands heat, so it’s a great apple for baking and cooking.

When it comes to apples, New York state has a deep history in cultivating classically American varieties. And the RubyFrost, which is grown in New York, embodies the flavors of Northeastern apples.

They were bred to allow apple lovers the chance to enjoy this sweet fruit through the winter months. Not only can the RubyFrost endure a bit of brisk weather, they reach their peak flavor during the winter months, making it a great, late season apple.

The best family-friendly Dorset hotels, from adventure playgrounds to fossil collecting
Kevin O’Leary says give stimulus to the people who need it, not ‘zombie companies’
From piste to pub to pillow: an insider ski holiday guide to St Moritz
The experts’ guide to planning a trip to Hawaii
Qantas announces ‘flight to somewhere’