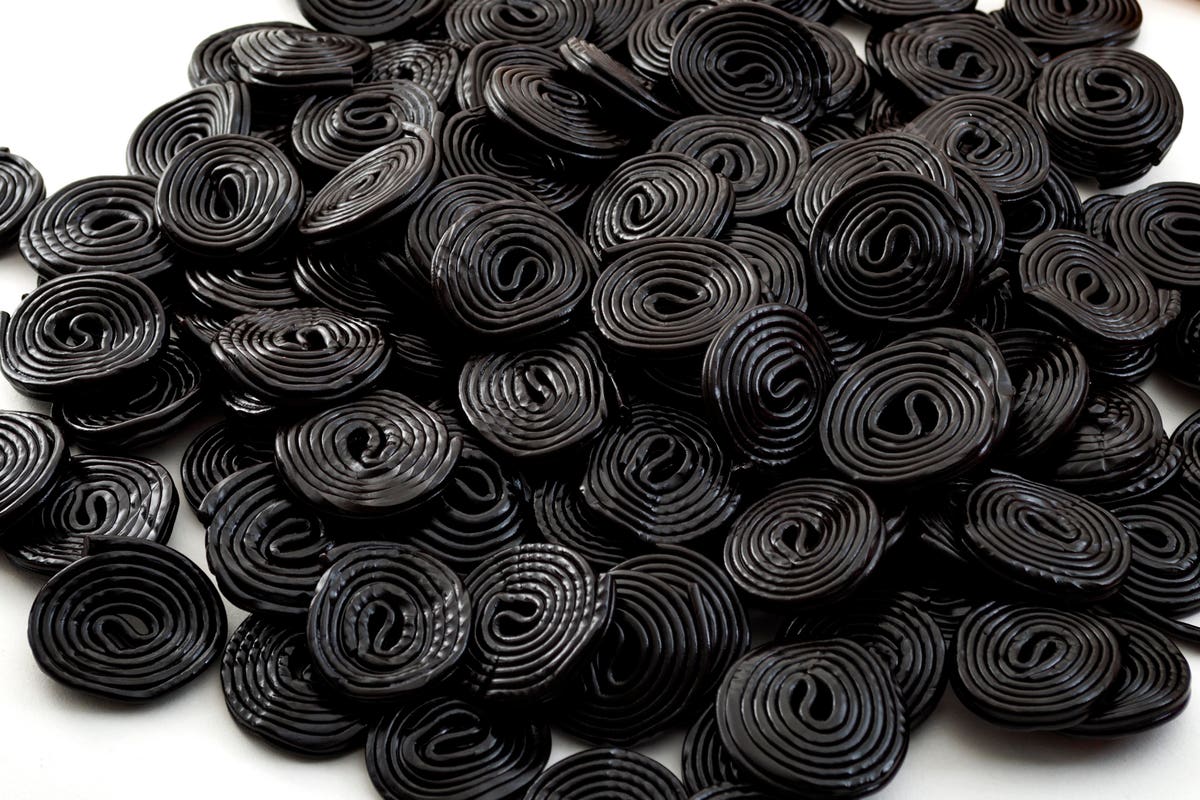 Black licorice is like Rebecca Black’s song “Friday” or Justin Bieber’s “Baby.” You tend to either love it or hate it. There’s no middle ground.

But if you somehow think black licorice is to die for, be careful. That’s literally what could happen if you eat too much of this stuff. Case in point, the most recent issue of the New England Journal of Medicine included a case study of a 54-year-old man who had a sudden cardiac arrest and died after eating one to two packages of black licorice a day.

The words “good diet” and “two large packages of black licorice” typically don’t go together unless there is the word “besides” in between. That’s probably true with most types of candy. As a team from the Massachusetts General Hospital (Elazer R. Edelman, M.D., Ph.D., Neel M. Butala, M.D., M.B.A., Laura L. Avery, M.D., Andrew L. Lundquist, M.D., Ph.D., and Anand S. Dighe, M.D., Ph.D) described in the case report, the man had regularly eaten up to a couple large packages of fruit-flavored soft candy daily before switching to black licorice. Now, this wasn’t red licorice but instead was the kind that has glycyrrhizic acid. Once black licorice gets into your body (usually by way of you mouth), your body can convert glycyrrhizic acid into the equally difficult to pronounce glycyrrhetinic acid.

Three weeks into his new licorice diet, the man was in a fast-food restaurant when he suddenly started shaking and lost consciousness. Emergency medical technicians (EMTs) arrived at the scene after about four minutes and found that man was suffering from ventricular fibrillation, an abnormal heart rhythm that leaves the heart quivering and unable to effectively pump blood. That obviously was an emergency and a life-threatening situation.

The EMTs tried cardiopulmonary resuscitation (CPR), administered electric shocks to his chest, gave him medications, and brought him to the hospital. Although medical personnel managed to eventually get him out of that heart rhythm, he remained in critical condition. Tests revealed that he had abnormally low levels of potassium in his blood while elevated levels of potassium in his urine. He required a ventilator to breath, had unstable blood pressure, and went into kidney failure. Approximately 32 hours after he had been admitted to the hospital, the man unfortunately passed away.

The culprit was probably glycyrrhetinic acid, which can inhibit your 11β-hydroxysteroid dehydrogenase type 2 (11βHSD2). If someone says that they want to touch your 11βHSD2, tell them hands off, no one messes with your 11βHSD2. Doing so can leave you singing “Who Let the Dogs Out” about your cortisol. Unbridled cortisol activity can then lead to your kidneys excreting to much potassium and too little sodium out via your urine. That can result in too low levels of potassium and too high levels of sodium in your blood. Your blood pressure could go way up, your kidneys could fail, and your heart could go into abnormal rhythms to the point that you suffer cardiac arrest. Otherwise, no problem, right?

So what do you do if you want to have something that tastes like NyQuil without the inconvenience of having to get sick first? Well, this case report doesn’t necessarily mean that you have to forsake black licorice, also known as black liquorice, forever. The key is moderation, which is the key for practically anything that is not avocado toast. According to the UK National Health Service, problems are much more likely to arise if you eat more than 57 grams or 2 ounces of the stuff a day for two weeks. Wearing more than that amount of black licorice is a different story:

If you are planning to wear black licorice, do the opposite: make sure that you have plenty of it. You don’t want people to have a “look-orice” past your licorice. Just don’t eat all of your clothes afterwards.

Being over 40-years-old and having a history of high blood pressure or heart disease can put at greater risk for complications when eating black licorice, that is, not wearing it.

Regardless of your age, stop your black licorice munching and call your doctor if you start experiencing heart palpitations, especially if you are not listening to the song “My Heart Will Go On” from the movie Titanic. Muscle weakness, difficulty breathing, chest pain or any other type of health problems should raise concerns as well. You also may want to stop eating black licorice if your teeth get black and you are going to go on a date. That is unless, of course, you already plan on sharing a lace (string) of black licorice with your date just like Lady and The Tramp shared that noodle.

Southwest Airlines announces they will begin booking flights at full capacity
A couple got married at the US-Canada border so guests from both countries could attend despite coronavirus restrictions
Ghosts on a plane? Scary stories of haunted travel
Canadian town of Asbestos chooses new name
A Texas woman died on a plane of Covid-19 in July